A new panorama button is on the way to the Camera app for Windows 10 running on the Lumia 950 and 950XL. It´s unclear if the feature will be added for other devices later as well. 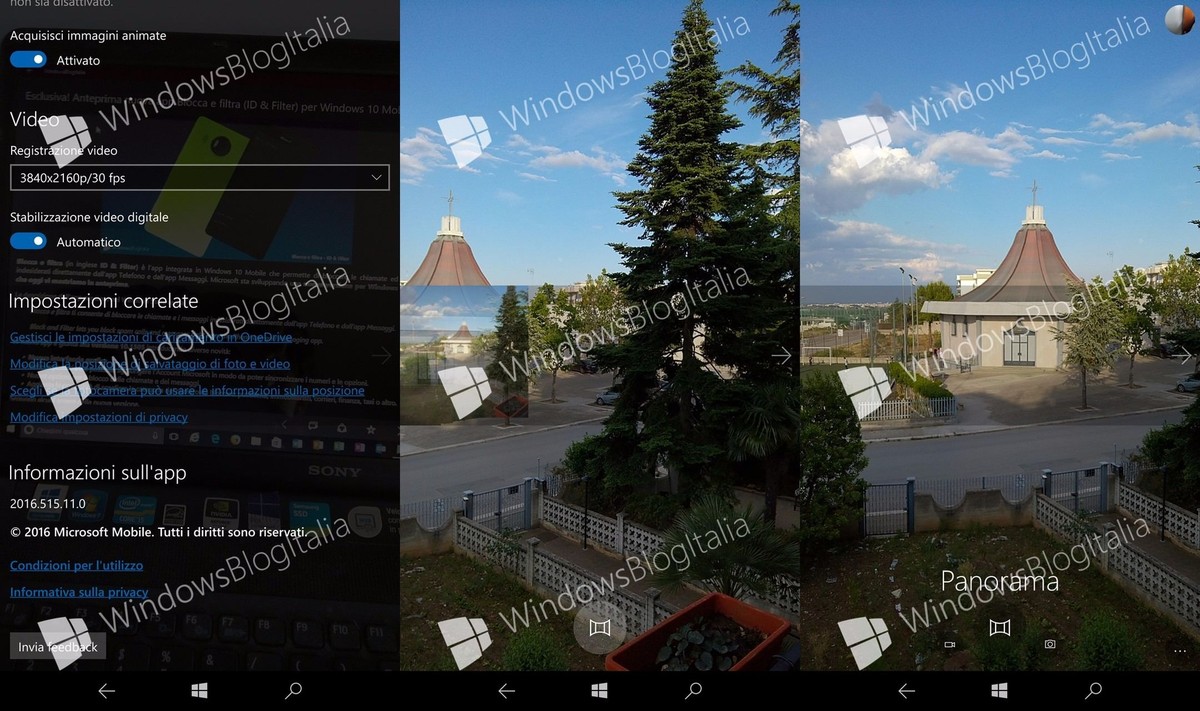 Moving the phone in a vertical position from left to right will capture required frames and compose a panorama within seconds. Panorama images will be autosaved in the camera roll folder.

The previously available free apps are not compatible with OS versions higher than Windows Phone 8.1 and also performing not as well. The new panorama feature overcomes those problems and offers features like flash-compatibility, transparent tiling and auto-allignment. The panorama button will be also accompanied by video and snapshot buttons.

With Windows 10, Microsoft has started to dismiss other dedicated camera apps by fusing them within the upgraded operating system. The new features are expected to be rolled out with Windows 10 Mobile build 2016.515.11.0 in the Anniversary Update this summer.

Windows 11, 10, and Server Get out of Band Update to Solve .NET Bug