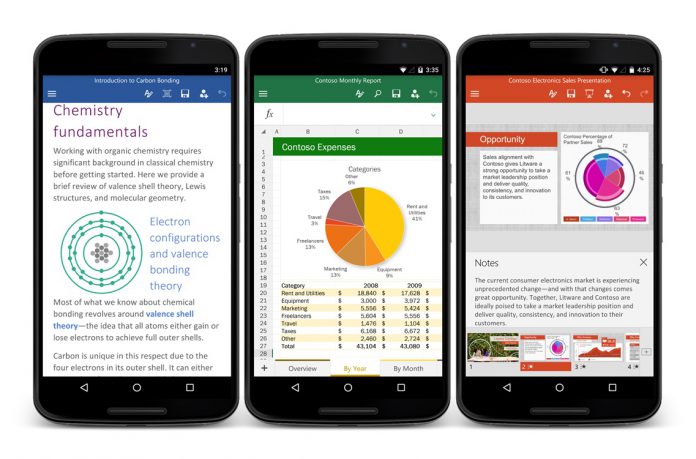 A new survey suggests that Google is dominating Microsoft’s Office in terms of mobile productivity, but is there more to the numbers than meets the eye?

While Microsoft is the dominant leader in desktop and cloud based productivity with Office/Office 365, there is a role reversal happening in the mobile space. Data provided to Computerworld by SurveyMoney Intelligence shows that Google’s mobile productivity apps are dominating Microsoft’s Office mobile suite.

The research was conducted solely in the United States amongst users who completed a SurveyMonkey survey, looking at the usage of Office or Google apps for monthly use during April (below).

It is completely obvious that Google’s suite would be the go to choice for most users, especially because most Android users are not using their smartphones as productivity machines. Downloading Office (or another provider for that matter) is not necessary for most users who can make do with the easy to use Google offerings.

Microsoft has been working hard to make its applications and services available on rival platforms, and while Google seems to be the clear leader, it is arguable for real productivity users would download Redmond’s suite. There is nothing but theory to back that up, but Microsoft has already said at Build 2016 that Office has been downloaded 340 million times on iOS and Android.