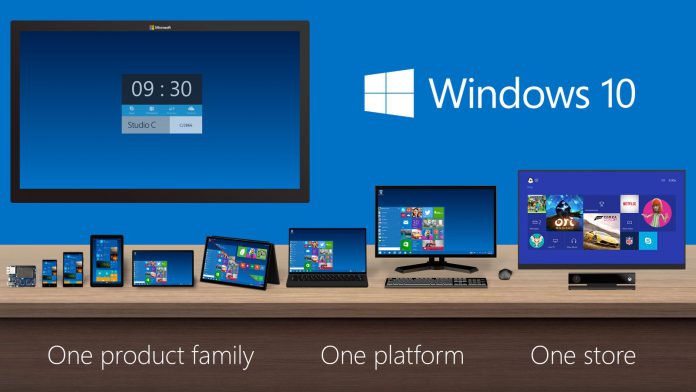 A couple of weeks after launching Windows 10 Build 14342 for Insiders on the Fast Ring, Microsoft has debuted the update for the Windows Insider Program on the Slow Ring.

Microsoft has revealed that Windows 10 Insider Preview Build 14342 is now being made available for Insiders on the Slow Ring. You may remember that the build was launched to the Fast Ring for members of the Windows Insider Program two weeks ago, so it progression to the Slow Ring is not unexpected.

Build 14342 is the latest preview release highlighting new features that we can expect in the Windows 10 Anniversary Update in the summer. As it is a Slow Ring release it will be more stable than the Fast Ring roll out two weeks ago, although it is still a preview that is only available to those on the Windows Insider program.

This update also solves and issue where the Edge browser could not be closed if extensions have been turned off without installing them. Another notable fix in this release is a problem that cause some devices to bluescreen.

As we mentioned when the Fast Ring release of Windows 10 Preview Build 14342 was launched, it comes with the ability to download Edge extensions directly from the Windows Store. Speaking of the Windows Store, an update in-between the Fast and Slow releases updated the Store with an overhauled design and UI.

Other additions in Build 14342 are the ability to see real-time notifications in the Edge browser, swipe navigation in Edge, improvements for the Windows version of Bash on Ubuntu, an update to the UWP Skype app, and other minor tweaks.

Microsoft says it has resolved the following issues in Build 14342:

We have fixed the issues blocking the Desktop App Converter Preview (Project Centennial). You can now run the converter on the Enterprise edition as well as Pro edition of Windows. You will need the latest converter and base image from here to take advantage of all the improvements which will be available later today.

We fixed the issue causing Tencent online games from not working in current builds from the Development Branch.

We have fixed the issue causing DRM-protected content from services like Groove Music, Microsoft Movies & TV, Netflix, Amazon Instant Video or Hulu from being playable with playback with 0x8004C029 or 0x8004C503 errors.

We fixed an issue resulting in audio crashes for users who play audio to a receiver over S/PDIF or HDMI, and use a driver that supports real-time encoding via technologies like Dolby Digital Live or DTS Connect.

Polished the animation when invoking Cortana on the Lock screen. And also resolved an issue where tapping the link to fix mic issues wouldn’t fix them.

We fixed an issue resulting in the ok/cancel buttons in the network flyout being clipped on high DPI devices.

We fixed an issue where you might see Windows Hello messages on the screen while you were already logging in with a fingerprint.

We fixed the issue where if you were in an app and clicked on a link with a URL longer than 260 characters, it would bring up the “Open with…” dialog instead of opening with your default browser.

We fixed an issue resulting in not being able to use your mouse in the Photos app to either move photo while zoomed or adjust crop region.

Polished icons used to identify pages in the Settings app – in particular, updated battery icon to be more consistent with the weight of the other icons.

Made some polish improvements to the Action Center, and resolved an issue where icon in Taskbar wasn’t displaying correctly at 175% DPI.

We fixed an issue where the image used in Screen Sketch would be rotated 90 degrees for native portrait devices (such as the Dell Venue 8 Pro). Also polished the experience of cropping images in Screen Sketch.

We fixed an issue where the Clock and Calendar flyout couldn’t be dismissed by clicking on the date and time in the taskbar a second time.

We updated the “set location” notification so tapping anywhere in the notification will now enable you to set a default location.

We fixed an issue where certain shortcuts weren’t working in UWPs, for example CTRL + C, CTRL + V, and ALT + Space.

We fixed an issue where tapping the battery icon wouldn’t open the Battery flyout when in Tablet Mode.

We fixed an issue where clicking elements in the Start navigation pane might result in the Store opening instead.

We fixed an issue where background audio tasks might show up in the volume controls.

We added a “Clear Input History” option to the IME Settings page.

We fixed an issue where doing an action on a file in a folder pinned to Quick Access after using the address bar to get there might result in File Explorer unexpectedly navigating to Quick Access.

We fixed an issue resulting in Cortana crashing if you shared an avatar with Cortana from the Xbox Avatars app.

We fixed an issue causing the search box on the Language Settings page to not work.

We fixed the issue causing Symantec products such as Norton Antivirus and Norton Internet Security are causing PCs to bluescreen (bug check).