An update to build 14342 has added a new Windows Store experience to Windows 10, but some users are saying they are unable to install the upgrade.

Microsoft rolled out Windows 10 Preview Build 14342 on PCs last week, and one of the included new features was the promise of a revamped and overhauled Windows Store experience. The company has now rolled out that upgrade to the Store, but while it presents a clean new look users are complaining that the update is not working.

It is easy to see the new design of the Windows Store to a more professional and cleaner look, and it actually mirrors the design that landed on the Windows 10 Mobile preview build 14342 earlier this week.

A new home page is included where applications and media are laid out, while Microsoft has also redesigned the individual app listing page. 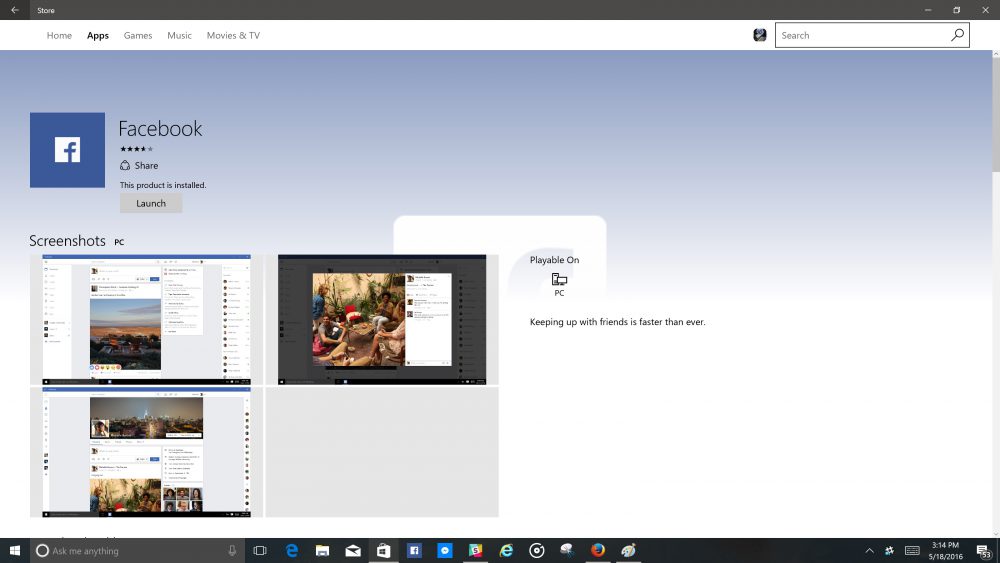 However, this is all well and good, but some testers on the Windows Insider Program are complaining that the update is not working. The issues does not seem to be affecting PCs or the actual update, but is more to do with the actual install package. Jason from the Windows Insider team took to the Microsoft forums to discuss the issue:

“This is a new issue that was discovered after the app was published to the Store. No users are able to install this newest Store app version. There’s a packaging conflict in the app which prevents install.”

“The Store team is actively working on creating a new app package and will release it when ready. This will fix the install issue and allow users to install this new Store version.

“Please note: this does not have any negative impact on your PC, it is only an issue with the install package itself. I’ll post up when the new app version is available for download.”

It is probably worth remembering that Windows 10 Preview build 14342 is a preview version of the Anniversary Update package and is available to Insiders. Previews on the Inside can often be unstable or simply have features that do not work properly, or at all.