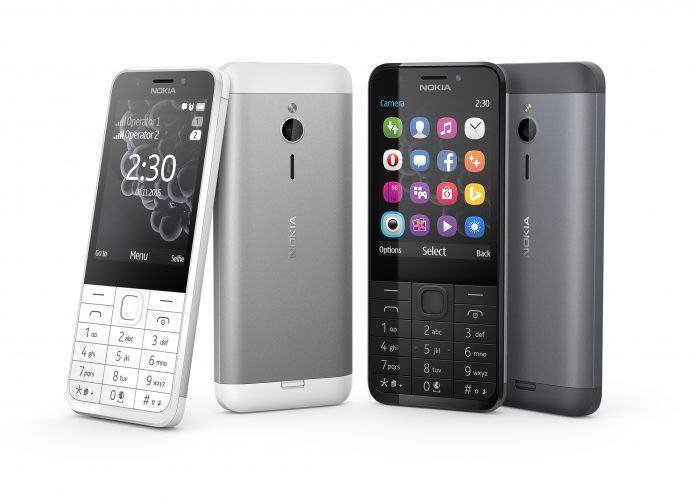 The sale of the Nokia feature phone business is expected, but in an interesting twist, HMD Global and Nokia will take some of the licensing and the Finnish company is gearing to re-enter the smartphone market.

“As part of the deal, Microsoft will transfer substantially all of its feature phone assets, including brands, software and services, care network and other assets, customer contracts, and critical supply agreements, subject to compliance with local law.”

FIH Mobile is a subsidiary of electronics manufacturing giant Foxconn, a Taiwanese company that builds components for many of the industry’s main companies. HMD Global is a more obscure name though and it may actually come as a surprise to see that the company is based in Finland and seems to have been set up solely to get Nokia branded devices back on the market.

Coinciding with Microsoft’s announcement, Nokia revealed that it is coming back to the mobile, smartphone, and tablet industry on the Android platform. HMD Global is the vehicle that will facilitate that return, while Microsoft has offloaded its license to allow HMD Global to strike a licensing agreement with Foxconn.

“Today marks the beginning of an exciting new chapter for the Nokia brand in an industry where Nokia remains a truly iconic name,” said Ramzi Haidamus, president of Nokia Technologies. “Instead of returning to manufacturing mobile phones itself, HMD plans to produce mobile phones and tablets that can leverage and grow the value of the Nokia brand in global markets. Working with HMD and FIH will let us participate in one of the largest consumer electronics markets in the world while staying true to our licensing business model.”

Under the agreement, which will be closed in the second half of 2016, 4,500 employees currently working in the Nokia feature phone business under Microsoft’s stewardship will be able to join FIH Mobile or HMD Global.

Microsoft purchased Nokia’s devices and services business in a multi-billion dollar deal two years ago, proclaiming at the time that the deal would push the brand to the next level. In the announcement of the deal, then Microsoft CEO, Steve Ballmer, said the transactions was a “signature event” in the company’s transition into a devices first brand (which has since been killed):

“The opportunity ahead is remarkable,” said Ballmer. “I am incredibly optimistic about what we (Nokia and Microsoft) can achieve together. Microsoft and Nokia devices and services are excited to pursue a common dream of innovation in smartphones.”

Feature phones were only ever an added bonus to the original deal, giving Microsoft some easy income from a division that still sold millions of units. That has not changed, feature phones outpace Lumia smartphones in terms of sales to this day, but value of those sales has become a hindrance to Microsoft and not a bonus.

That’s partly because the Nokia purchase, including the Lumia smartphone brand, was not the success the company had hoped it would be. In fact, it has arguably been a disaster as Microsoft wrote off $7.6 billion from the purchase. The company did not take the Lumia brand to the next level and sales have gradually declined as the Windows platform continued to labor in the market.