Mojang has released a revised pricing table for different countries to align with changes US Dollar currency rates.

Mojang, the Swedish game developer of Minecraft, says the new pricing range will take effect on May 23, 2016. This is only applicable to its PC (Java) version and will not affect the Console and Pocket Editions. 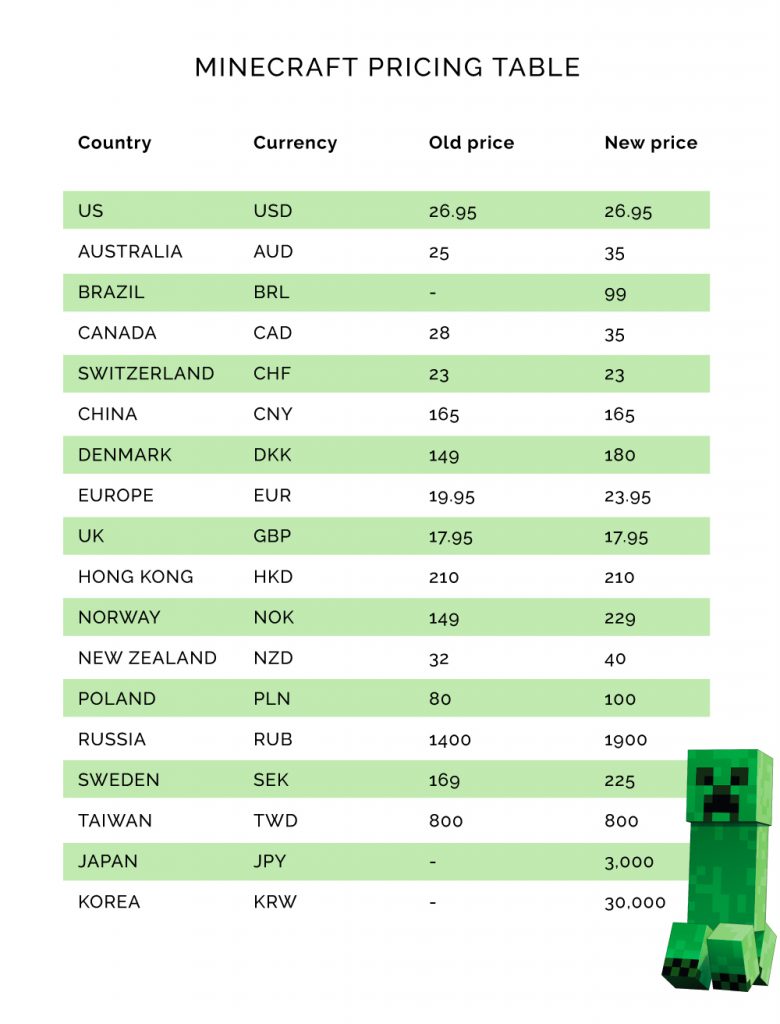 The table shows a significant jump in price for some countries. So, if you are in those regions and planning to get a copy of the game, do so now and you’ll save a fair bit.

For Japan, Korea and Brazil the announcement brings some good news as it reveals the availability of the game there.

Since Microsoft took over Mojang in 2014 for the spectacular amount of USD 2.5 billion, the company has taken many actions to benefit from the widely popular Minecraft game.

The company works heavily to bring Minecraft to as many platforms as possible and is exploring new creative ways for the game, such as Project AIX, a new platform that allows users to control and “train” an AI for it to automatically do things within the Minecraft environment.