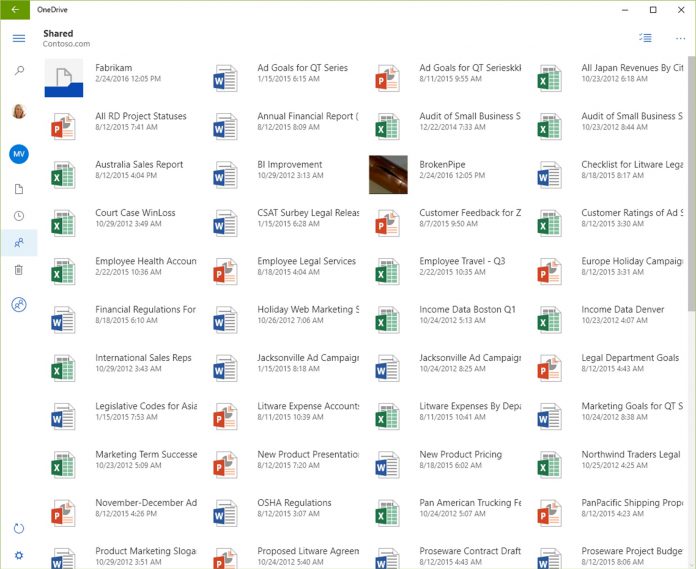 Microsoft has launched a new Universal Windows Platform (UWP) OneDrive application for PCs, tablets, and smartphones, adding some new features to the service in the process. The UWP OneDrive also sees the service return to being touchscreen compatible, which it was when launched on Windows 8 before returning to a desktop sync client for Windows 10.

The new UWP app adds touch support and means that those on PC, tablets, and phones can see their content without needing to sync folders. Indeed, the app can be viewed as a companion to the sync client for Windows 10, allowing cross device ability to see files without having to sync them.

UWP OneDrive lets users edit, share, and view contents stored within their account, while it also adds some key features to the app that have previously only been available on desktop. Microsoft announced the new app and its features in an official Office Blog:

“Additional features previously only available in the browser experience are also available, such as restoring files from the Recycle Bin, easily dragging and dropping files to the app to upload them, quickly accessing recent documents?which will open directly in the Office applications on your computer?finding files shared with you by others and more.”

Microsoft says it is trying to bring OneDrive features to as many users and devices as possible, and will be expanding the feature set in the future. Additionally, the UWP app also comes with support for the SharePoint content management software and the Surface Hub device.

Recently the company has been focusing its OneDrive updates on other platforms, with Android getting a beta test for document-to-PDF uploads and iOS receiving the ability to open other apps in OneDrive.