Microsoft sees apps as a big part of its Universal Windows Platform and in helping to grow the Windows 10 Mobile platform. The company is increasing the ways that developers can create apps for Windows, including tools to make bridging apps from other platforms to Windows easier.

In a blog announcement today, the company said it is launching Windows Dev Center Tips, a planned series of blogs that will focus on helping developers understand the app publishing process. The company announced some of these options at its Build 2016 conference in March, and the blogs will cover the following topics:

In the announcement, Microsoft says there are two ways for developers to publish applications, depending on how visible to purchasers they want the app to be. This means devs can opt to limit which customers can buy their creation, or alternatively make it widely available for all consumers to purchase.

“When considering different publishing options, think about what scenario you are looking to support, how much you want to limit access to the app, and if you want to enable any customer to acquire the app or limit customer acquisition.”

To make this process easier Microsoft published the following decision tree and said it would expand on its contents in the upcoming blog series. 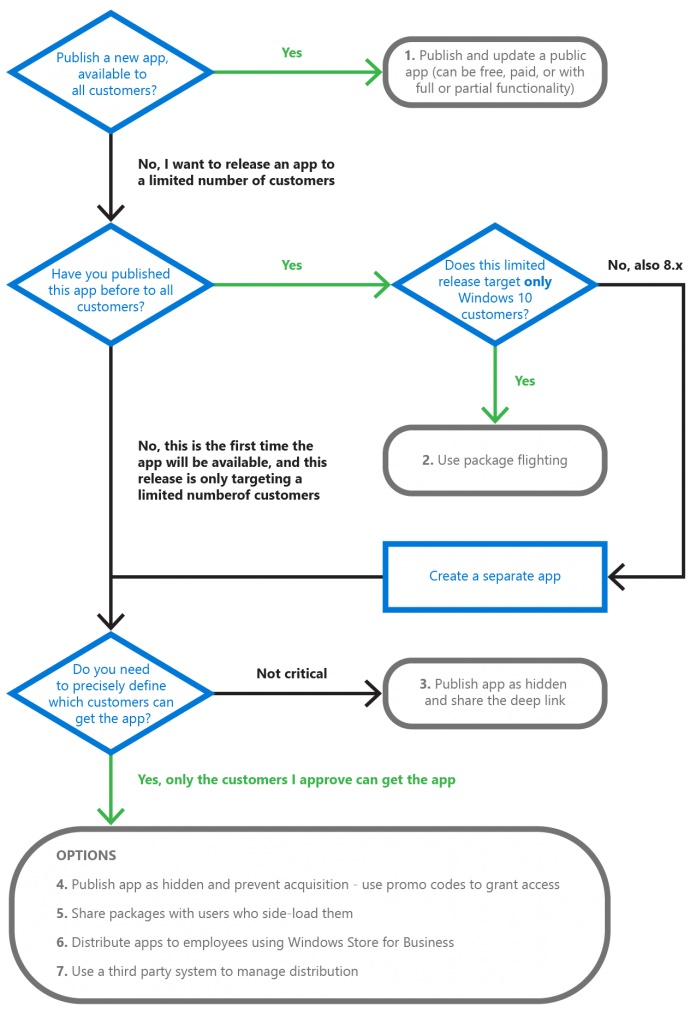 The company says we can expect to see the Windows Dev Center Tips Series arrive over the coming weeks.