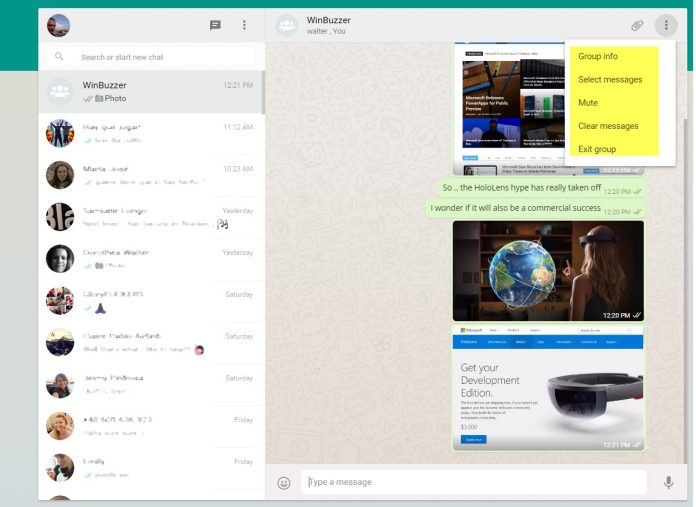 The messaging giant is starting to boost its business minded features and WhatsApp users will soon be able to send Office documents.

WhatsApp is adding some more functionality to its app in the beta channel, pushing out build v2.16.46 with a number of minor changes in tow.

The main focus of the upgrade is to give WhatsApp users the ability to attach and send Microsoft Office documents to a message interface and send it to another user.

This simple addition enhances the functionality of the service and also bolsters WhatsApp’s business oriented tools, an avenue the company has been wanting to explore more.

We first told you about this document sharing feature back in March, but at the time the sharing functionality for the Windows app was limited to PDF files.

The recently update also adds a couple of other minor tweaks to the service:

Position of call button has been changed and now it has been placed on the top right corner which is similar to Android.

You can now see a small version of the profile pic/group pic on the top right corner just near the call button.

At the moment the Office sharing feature is not widely available as the WhatsApp Beta is private, but we imagine the full update to end users will be coming soon. A recent leaks has suggested that the company is also working on bringing a proper desktop variant of the WhatsApp application, and not just the current WhatsApp for Web.