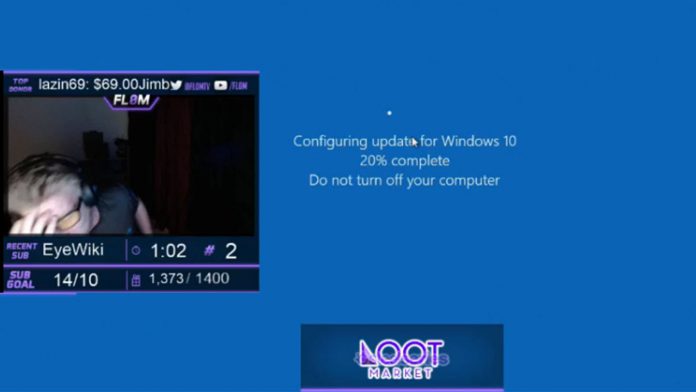 Windows 10 has struck again! Users beware, it seems there is no escaping the Windows 10 update, and it is even dropping at the worst possible moment.

Just a week after screwing up a live weather report, a Windows 10 update has burned a marathon gaming session being held by pro-gamer Erik Flom.

In the hilarious clip, Flom is in the process of completing a nine hour gaming session with Counterstrike, when his computer unexpectedly starts updating to a new Windows 10 build. Anyone who has been awaiting a Windows 10 update will know that the scheduling window has a habit.

Anyone who has been awaiting a Windows 10 update will know that the scheduling window has a habit at popping up randomly, but for a machine to shut down completely is rare.

With 130,000 people watching the livestream, it was hardly a convenient moment for the update and Flom’s reaction was suitably hilarious, with more than a hint of shock.

“How did this happen! Fuck you Windows 10 … Oh my god, you have one job PC! Update faster you fuck!”

Naturally, it was not that Flom did not want to update Windows 10, the problem is that the gamer had clearly not scheduled this update to happen, stating in the video that he had “turned everything off”.

This is not the first time that the curse of unexpected Windows 10 update / upgrade actions have struck at an inconvenient time, as KCCI weather reporter Metinka Slater found last week. 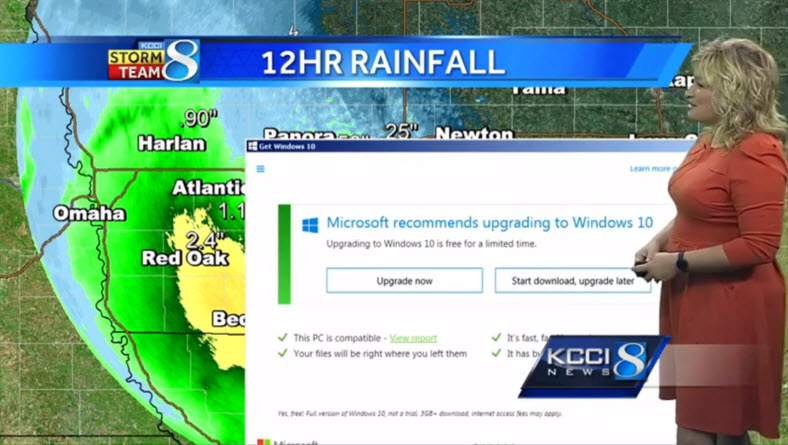 Unlike Flom’s interruption, Slater was delivering a live weather report when the Windows 10 upgrade prompt popped up onto the screen, as it has a habit of randomly doing.

In that instance the reporter simply ignored the prompt (something we have all done) and moved on. Of course, for Flom that was impossible as his machine decided it was just going to go ahead and jump straight into the upgrade. Flom was able to halt the update and continue with his Counterstrike session, which you can see in full right here. 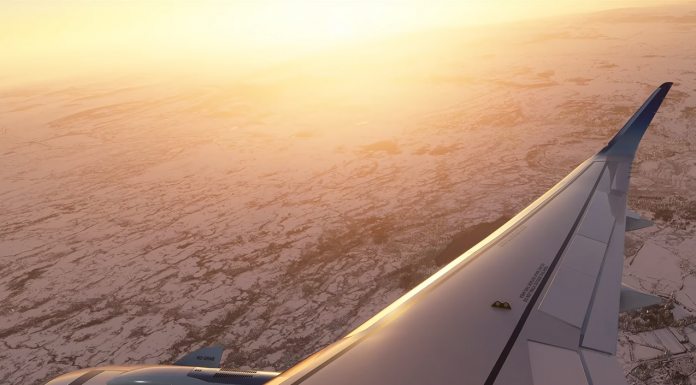