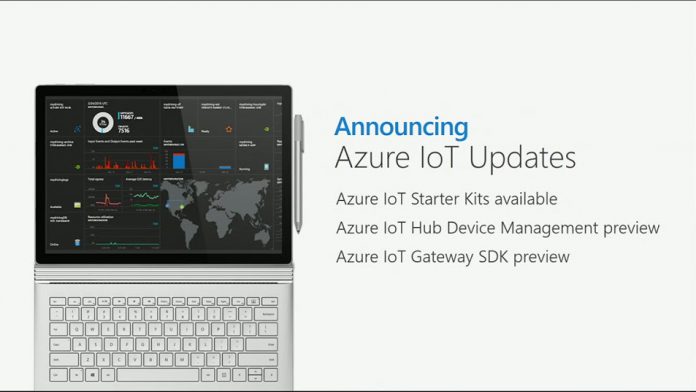 In an official announcement today, Microsoft announced that it has purchased Italian IoT oriented company Solair, a company that supplies software for companies making internet-connected hardware.

The cost of the acquisition has not been revealed, but it will bolster further Microsoft’s Internet of Things and cloud ambitions, which is increasingly the key focus for the company. The Solair software can be used through an in-house infrastructure or through the cloud and provides software on IoT devices.

Another key part of the Solair software is its ability to act as a hardware gateway that allows businesses to communicate between the cloud and devices.

The Azure cloud platform will of course be the center of this technology, and in a blog post written by Microsoft’s Azure IoT partner director Sam George said in a blog post that Solair will be used to boost the company’s enterprise cloud aspirations:

“For example, Solair has brought the power of IoT to the Rancilio Group’s full line of espresso machines, allowing the Italian manufacturer to remotely monitor machines, resulting in greater efficiency across the supply chain. Using the power of cloud-based data and analytics, Solair has helped the Rancilio Group reduce costs and increase revenue.”

Microsoft is consistently stretching out its cloud plans and has been pushing itself as a cloud first company over the last year, and even since CEO Satya Nadella took control of Microsoft in 2013. Internet of Things is hugely important for this strategy and only recently as Microsoft started to expand this area with acquisitions.

“The Solair team and I look forward to being a part of Microsoft and a very strong Azure IoT team. It’s an opportunity that will allow us to bring the power of IoT to new and unique customer scenarios,” Solair CEO Tom Davis wrote in a blog post.