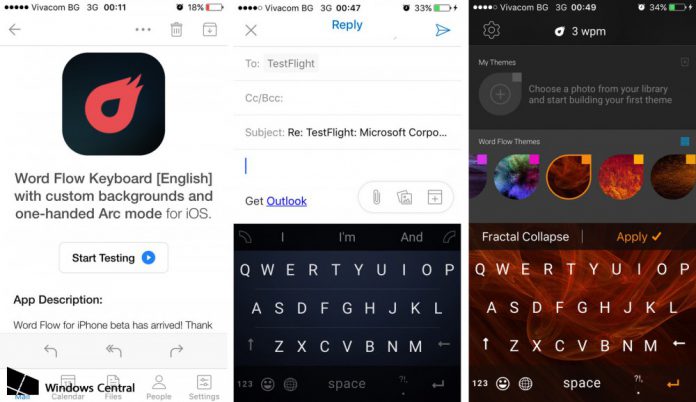 You may remember earlier in the month we told you about Microsoft’s Word Flow leaking on Apple’s iOS, offering a potent alternative to Cupertino’s own virtual deck offering.

Fast forward a couple of weeks and Redmond has now rolled out the Word Flow keyboard officially on Apple’s mobile platform.

As we told you with the beta preview leak, the software is currently only available to customers in the United States, purchasable through the US App Store, while users must be running at least iOS 9.

Of course, Word Flow is the stock keyboard experience deck for Windows 10 Mobile and Windows Phone devices, so this is another bit of cross-platform play from Microsoft.

Whatever one thinks of Windows as a mobile platform, Word Flow is a pretty spiffing virtual board that has won plenty of praise since it launched alongside Windows Phone 8.1 a couple of years ago. As we mentioned previously, iOS users are even getting some features that are not yet available on the Windows alternative.

“For example, it is possible to type easily with one hand thanks to a unique arc mode, while users can also customize the deck with their own backgrounds.”

There are some notable limitations however, including an exclusivity to the English language (understandable considering the US only launch). IOS users who have been coveting Word Flow will be happy to see the intelligent dictionary in attendance, which takes words from contacts and learns as you type.