Microsoft has rolled out a new full Windows 10 “Anniversary Update” preview build to those on the Inside today (April 22), adding plenty of new features to the mix.

This can best be described as a post-Build update as it adds some of the features Microsoft debuted at the developer conference last month.

The build number in question is 14328, which Microsoft says in its blog post is just one higher than the Windows 10 Mobile preview it sent out earlier in the week.

Windows Ink is included in this Windows 10 update, which we tackled in a separate report. As this is a Fast Ring release, only those who are signed to the Windows Insider Program will be able to check out the new features.

All of goodies are in preview form at the moment, so users can leave feedback regarding functionality and what they would like to see added. By time the Windows 10 Anniversary update rolls around this summer to end users, some of these features will probably be tweaked and slightly different. 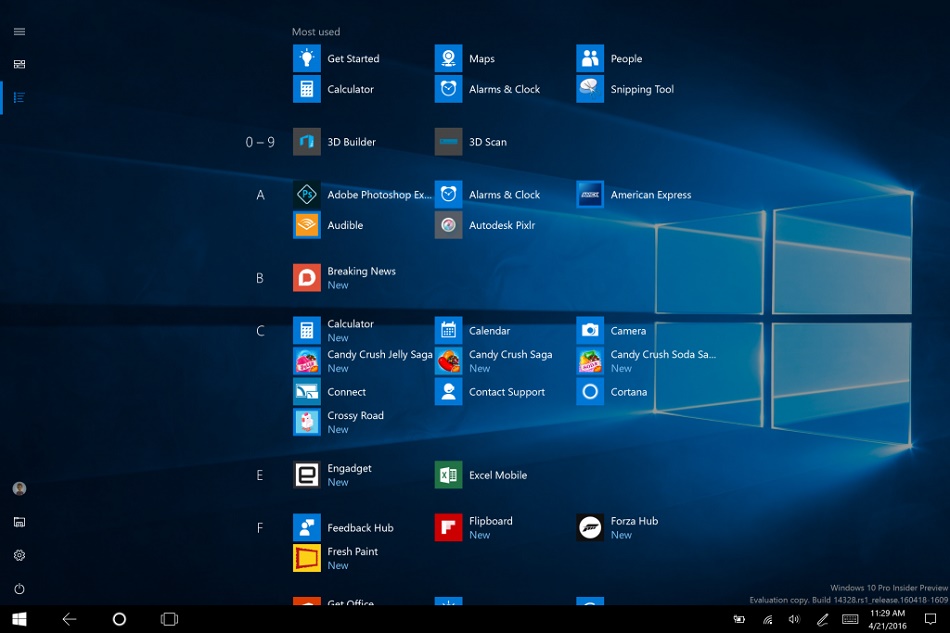 Included in the changelog are the following new additions:

An updated Start experience that shows a merged All and Most Used Apps as the default, along with some other UI tweaks

For tablet users, full-screen All Apps list in Start

The ability to use Cortana from the Lock Screen

Updates to Action Center and Notifications

Changes to the Taskbar and Settings app

Improved battery life for Surface and other “Connected Standby” PCs

“For PC though this is a MAJOR build, packed with lots of new features and improvements including Windows Ink, updated Start, and more! With the amount of code change in this build there are going to be some rough edges, some of which are called out in the known issues below.”

Microsoft points out that most of these features are “rough around the edges” and users who don’t fancy that should consider downgrading to the slow ring. The company provides the following list of known issues with the feature packaged into the Windows 10 build 14328 update.

As we previously reported, Microsoft has finally moved the taskbar into the Settings Menu, a further switch towards a universal Settings app that could ultimately see the Control Panel removed entirely. 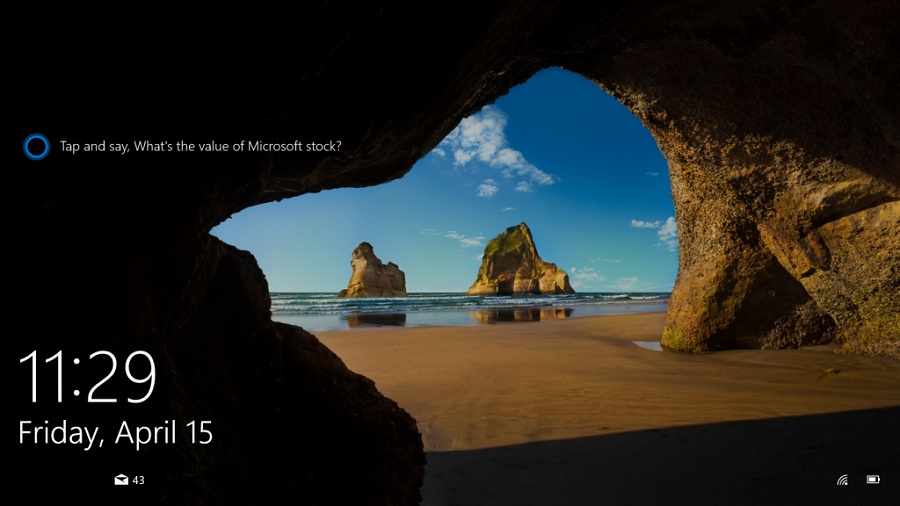 Something else we have been looking forward to also arrives in this build, an updated Start Menu. Microsoft has merged the all-apps and most used apps into one list, meaning all applications are available with one click. This is not quite the “hamburger” design previously mooted, but it is a UI overhaul for the Start Menu that is welcome.

Cortana has also been given plenty of new features, such as the visibility and usability of the virtual assistant directly from the lock screen. Also included in the Cortana upgrades is a more intuitive way to create reminders, more cross-device support, and the ability for Cortana to search deeper into files, including on OneDrive.

The update is pretty exhaustive, so you should head to the official blog to check out the changes in full.