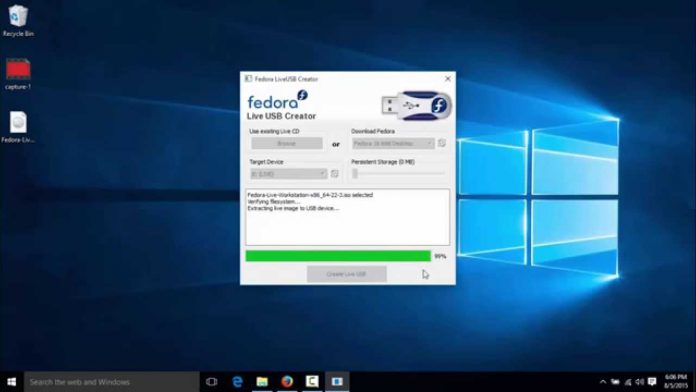 Microsoft has been enhancing its ties to Linux recently, and now a developer has used the Windows Subsystem for Linux to load the Fedora OS on the Windows 10 platform.

A developer has successfully installed the Linux based Fedora OS on Windows and has published a tutorial showing how it’s done.

Seth Jennings on VariantWeb used Windows Subsystem for Linux (WSL) to get Fedora running on Windows 10, and if nothing else it shows once again Microsoft willingness to work with the open source Linux platform.

The company has warmed its stance towards Linux in recent years, after over a decade of waging war against the operating system.

It is possible to run Fedora on Windows 10 thanks to the Subsystem for Linux, which is one of the bridges Microsoft has included in its platform to allow other platform apps and services to run in Windows 10.

WSL was first found in Windows 10 back in February when lxcore.sys and lxss.sys subsystems were found in Windows 10 preview build 14251. The reason why Microsoft included the subsystem has been speculated upon, especially as WSL could offer more security risks to the Windows Platform.

Continued support for Windows and aiding developers who use Linux are some of the mooted reasons, while others have offered that the subsystem was always there but is now public as Microsoft prepares for Windows on Mobile, Xbox and Server unification.

Alex Ionescu said that Unix-based subsystem has always been a part of Windows NT, but build 1451 was the first “OneCore” public release.

However, Ionescu, who is a speaker for Blackhat.com says that the Windows Subsystem for Linux could add security problems for the platform as a whole. He argues that the more APIs and operating systems running on Windows 10 will make the platform more open to attacks.

“The very thought of an alternate virtual file system layer, networking stack, memory and process management logic, and complicated ELF parser and loader in the kernel should tantalize exploit writers – why choose from the attack surface of a single kernel, when there’s now two?

But it’s not just about the attack surface – what effects does this have on security software? Do these frankenLinux processes show up in Procmon or other security drivers? Do they have PEBs and TEBs? Is there even an EPROCESS? And can a Windows machine, and the kernel, now be attacked by Linux/Android malware? How are Linux system calls?

As usual, we’ll take a look at the internals of this entirely new paradigm shift in the Windows OS, and touch the boundaries of the undocumented and unsupported to discover interesting design flaws and abusable assumptions, which lead to a wealth of new problems for security Windows 10 “Redstone” machines.”

As for getting a Fedora root filesystem running on Windows 10, you head to the source for the full tutorial or check out the video above. The process involves installing Bash in Windows 10, which Microsoft gained huge applause for at Build 2016 when it announced the Bash shell for Windows last month.

The company has been expanding its closeness to Linux in recent months, including announcing the SQL Server for Linux, release the data science virtual machine for Linux, and allowing Linux GUI apps to run on Windows.