Microsoft is offering a new Xbox One hardware and software bundle which a nice discount for gamers interested in the included games.

The Xbox One 1TB Spring Bundle is available through April 30 for a discounted price of $349 and includes the Xbox One Console with 1TB along with free copies of Halo 5: Guardians, Gears of War Ultimate Edition, Rare Replay, and Ori and the Blind Forest.

As currently all Xbox One bundles have a temporary price cut of $50 until April 30, which means after that date the mentioned Spring Bundle will increase to $399.

Although you can get the new systems at different retailers, it makes sense to buy it directly from the Microsoft Store. Then you can get another free game through a different promotion currently offered by Microsoft “while supplies last”, as the company writes on the special Spring Bundle offer page. 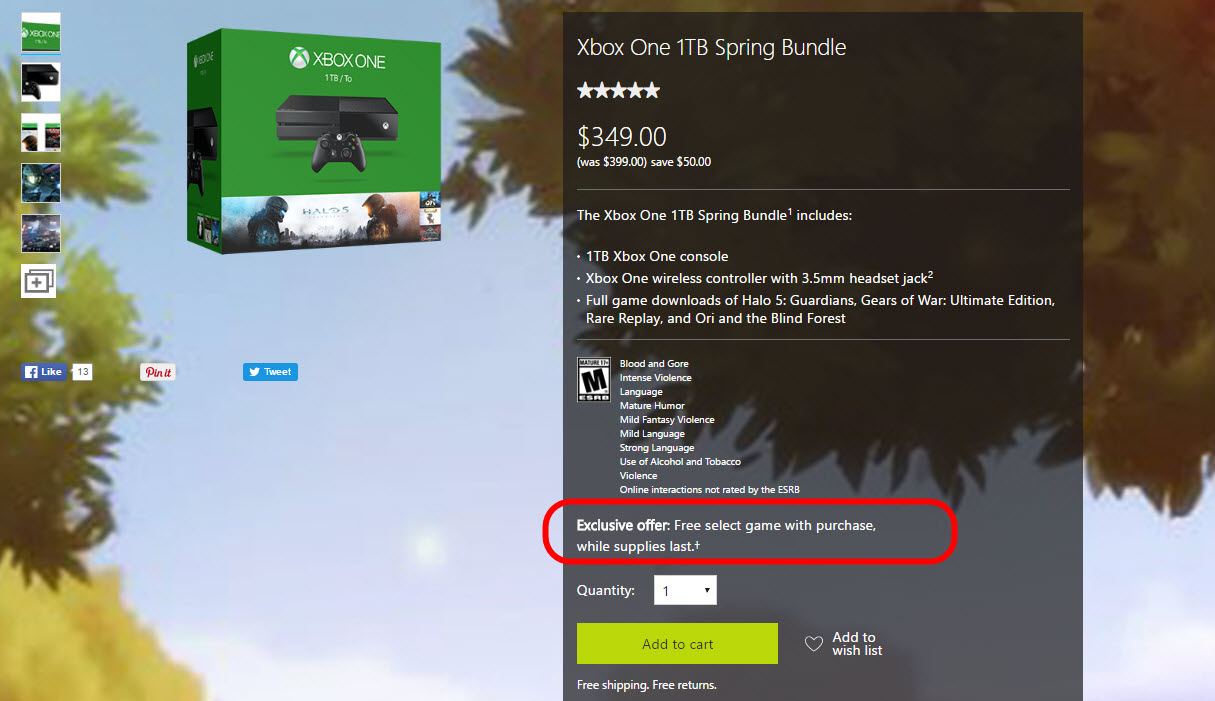 The new Xbox One bundle adds one more deal to the already extensive list Microsoft already offers for its gaming console. It´s actually  hard to believe that there are gamers out there who just buy the plain console, as trading unwanted games has become a common practice.

How to Enable DNS over HTTPS (DoH) on Windows 11