Microsoft has announced that the Windows 10 Mobile Redstone update (Anniversary Update) will bring Hotspot 2.0 support with it.

The company first discussed Hotspot 2.0 for Windows 10 Mobile a year ago, so it has taken a while for Microsoft to finalize the feature for its mobile platform.

With the Redstone update set to be launched this summer, it is expected that the new feature will be heading to Insiders on the Windows Insider Program within the next few weeks.

HotSpot 2.0 is all about convenience, letting users switch between hotspots in a single networks without having to go through an authentication process with each. 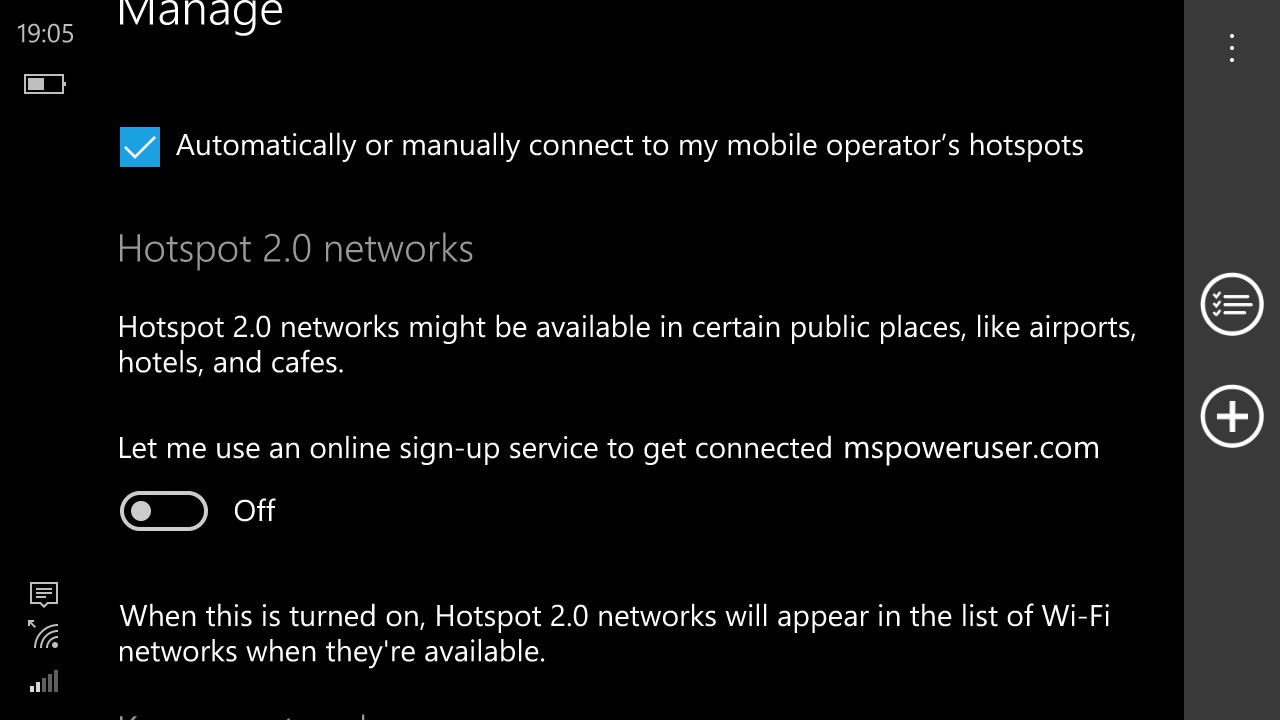 Microsoft says the feature can be enabled by a user on a Windows 10 Mobile device and then show all of the hotspot networks in the Wi-Fi list. It’s possible to sign in once to HotSport 2.0 and then switch between Wi-Fi connections on a network:

“Hotspot 2.0, also known as HS2 and Wi-Fi Certified Passpoint, is an approach to public access Wi-Fi by the Wi-Fi Alliance. The idea is for mobile devices to automatically join a Wi-Fi subscriber service whenever the user enters a Hotspot 2.0 area, in order to provide better bandwidth and services-on-demand to end-users, while also alleviating mobile carrier infrastructure of traffic overheads. Hotspot 2.0 is based on the IEEE 802.11u standard, which is a set of protocols published in 2011 to enable cellular-like roaming. If the device supports 802.11u and is subscribed to a Hotspot 2.0 service it will automatically connect and roam.”