Microsoft is using the National Association of Broadcasters (NAB) Show 2016 in Las Vegas to highlight its Azure Media Services.

The company will be talking about some features announced at Build 2016 recently, such as Media Analytics suite, while unveiling support for Apple FairPlay and 360° video streaming.

Also on the agenda will be MPAA and FACT certifications, which will give users another level of security protection for their content.

The NAB Show is an annual exhibition show held by the National Association of Broadcasters, introducing products and standards in broadcasting. 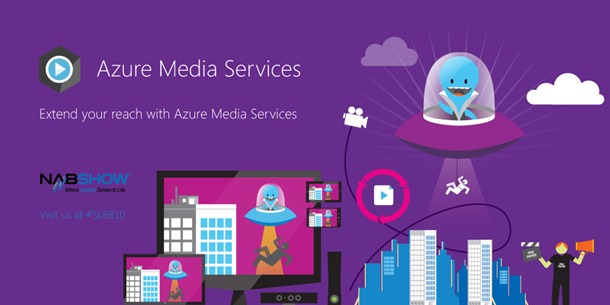 Microsoft has announced Azure support for Apple FairPlay, which allows users to stream premium content in HTTP Live Streaming (HLS) protocol. Azure Media Services can be used with FairPlay support to encrypt content such as videos and securely stream content on Apple software such as OS X, iOS, and Apple TV.

The company also unveiled Video Editor Plugin for Azure Media Player, which helps users create their own subclips and dynamic manifests for Azure Media Services. The Video Editor makes the creation of clips easier with an interface that can be embedded directly for thumbnails and video editing.

360 degree live clips are becoming increasingly popular and Microsoft is climbing on board of the market with a collaboration with Videostitch which brings the ability to stream live 360 video within Azure Media Services. This 360 content will be viewable on virtual reality machines such as the Oculus Rift and HTC Vive.

“Last week our team announced the public preview of Azure Media Analytics, a collection of eight speech and vision services that are enterprise ready, compliant, secure and offer global reach. Azure Media Analytics brings key new capabilities like motion detection, speech transcription, deep indexed video search, content moderation and more to the video domain. These capabilities have applications in a variety of industries including public safety, government, surveillance, retail, education, automotive, and more. Media Analytics is a key addition to the family of services that are offered under Azure Media Services umbrella.”

Receiving a Federation Against Copyright Theft (FACT) certification is important for Microsoft’s Azure cloud platform as it enhances security for content through Azure. The certification comes after Microsoft became the first hyper-scale cloud provider to be assessed by the Motion Pictures Association of America (MPAA).