The previously teased new Start Menu design will be rolling out to Insiders next week, before its wider release to end users in the Windows 10 Anniversary Update.

Earlier in the month we reported on Microsoft’s overhaul of the Start Menu, a UI redesign that will be sent out with the Anniversary Update (Redstone as it was then) this summer.

The fantastic thing about being a part of the company’s Windows Insider program is that users can test features before they are sent to end users.

If you are an Insider, you can look forward to seeing the new Start Menu soon as it has apparently left the internal build phase and will be coming to Insiders in an upcoming update.

Sources familiar with the situation say Microsoft has improved the Tablet Mode for the All Apps list is also being sent out in the same build, which means the new Start Menu and Start Screen at the same time. 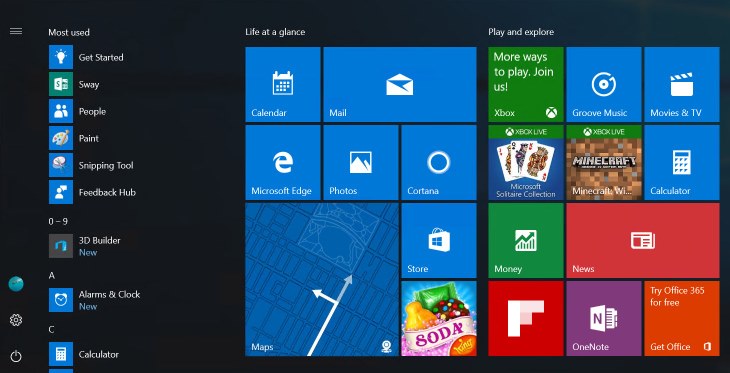 At the start of the month, Microsoft offered a teaser glimpse of the new Start Menu in action, highlighting the “hamburger” design. The overhaul is designed to make accessing applications easier, putting them at the forefront in an All Apps list and offers customizable tiles.

As far as we know, Insiders will be able to get the new Start Menu on the next desktop Preview build of Windows 10 Anniversary, which is scheduled to arrive next week. As is always the case, Insiders can offer feedback to Microsoft by voting on the changes, letting the company know if there are aspects that are disliked.