The well-liked virtual Word Flow keyboard is currently in Beta testing for release on iOS and here are some early screenshots of the software.

Microsoft confirmed a few months ago that the Word Flow keyboard would be arriving on Apple’s iOS platform at some point.

The first leaked screenshots of Word Flow running on iOS have been uncovered by Windows Central, taken from a Private Beta test of the software.

Word Flow has been a generally well received virtual keyboard solution and on iOS it is said to be “blazing fast” and even comes with some features that are not available on the Windows Phone version of the software.

For example, it is possible to type easily with one hand thanks to a unique arc mode, while users can also customize the deck with their own backgrounds. 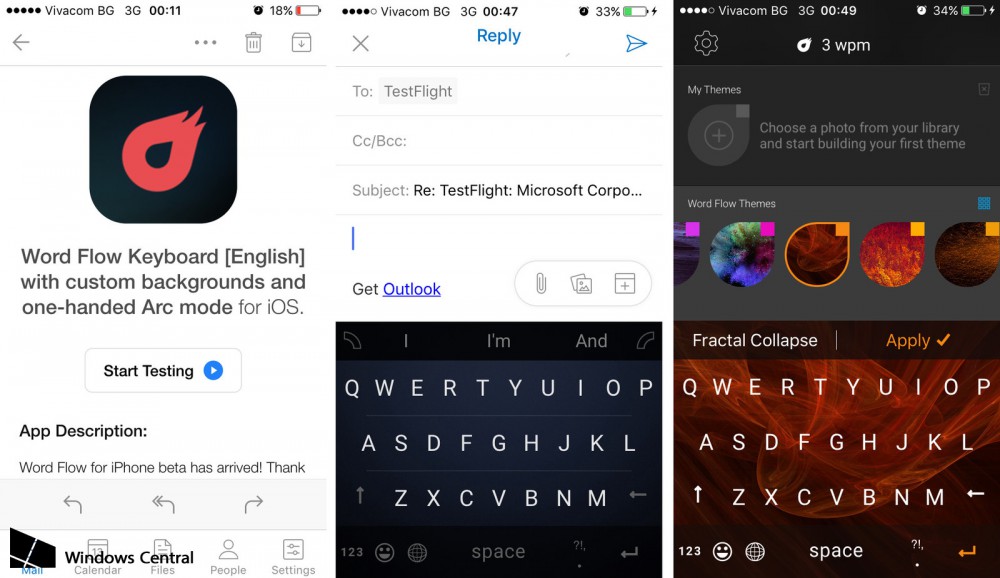 More familiar features include an intelligent dictionary building tool that takes words from your contact database, as well as from learning as you type. In Beta form the Word Flow keyboard is only compatible with iOS 9, the latest full build of Apple’s mobile platform. This is unlikely to change when it gets a full release, so you will need to be up to date on your iOS device.

Other early limitations include an exclusivity to the English language, although we expect Microsoft will add more languages through updates, and could even add some more before launch. Speaking of which, there is no word on when Word Flow will be made available in the App Store, but we will let you know when the word is out.