The new UI and redesign of the Office 365 home page has been put into the spotlight by Microsoft, with the company promising an easier way to use the suite.

Microsoft has taken to its official Office blog to introduce the new home page experience for Office 365, which the company started rolling out earlier in the month.

The post walks users through the new design and some of the UI features that can be used by administrators and users alike.

Microsoft describes the home page as “fresh” and adds that the aim of the improvements was to offer a more unified feature set across devices.

As is the Microsoft way these days, the company listened to user feedback to create some of the new features that it hopes will make using Office 365 easier. 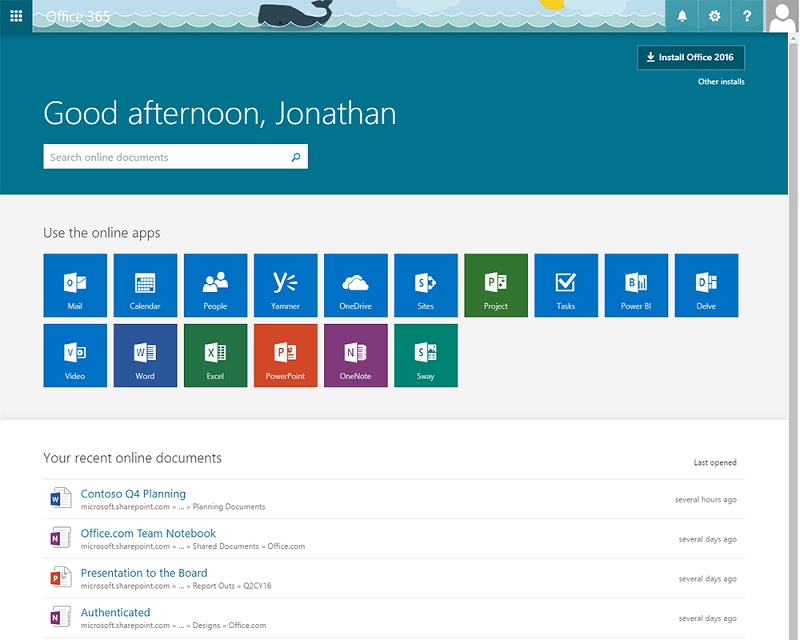 The main change that is instantly visible is the new design of the Office 365 home page, which has been cleaner and easier to navigate. The look mirrors aesthetic less is more approach that we have been seeing increasingly across the company’s apps and services. It’s a design language that has been praised, so it is easy to see why Microsoft sticks with it.

Eye-catching looks aside, the Office 365 homepage overhaul has been conducted to give users immediate access to their apps and services. Recent documents are now easily accessible in the cloud based productivity suite, while Microsoft says it has also enhanced general performance to make page transitions faster.

Tool tips help is a new feature that points out new features to users, which will also include highlighting new applications that has been added to the store. Additionally, Microsoft has made it easier for users to download the newest versions of Office, simply adding a button to the home page that can get downloads underway immediately.

In the coming months the company will make the home page the front and center of Office 365, making it a replacement for the current log-in page.

Microsoft Teams to Get Echo Cancellation and Anti-Interruption Features