The latest update for the Office 365 admin center app is all about giving administrators more control over managing their Office 365 output through an organization.

Microsoft has announced the April update for the Office 365 admin center, with the company saying it is continuing to improve the stability, and making the service faster and more efficient.

The new features were announced in an official blog post, which Microsoft used to highlight how user feedback is helping it improve Office 365 admin center.

As well as updating the Windows 10 desktop version of the app, Redmond continues to bolster the feature-set of the mobile admin center application, adding numerous new features in April.

Expanded search gives users more control when looking for content in the Windows 10 Office 365 admin center app. It is now possible to filter searches more accurately, including the ability to search in pages, tasks, and settings. 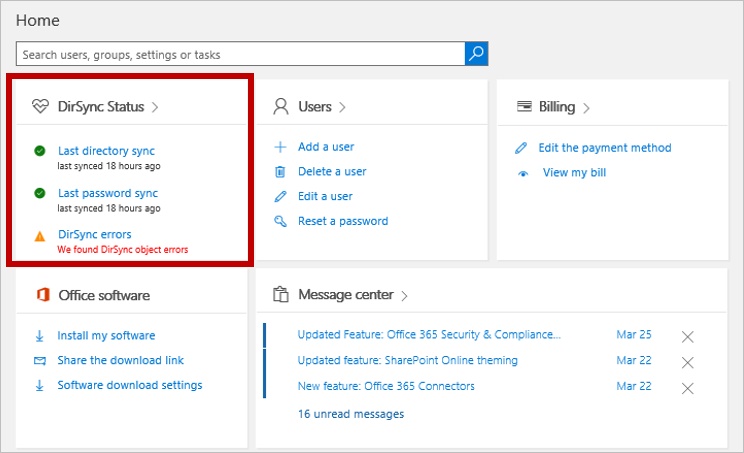 Microsoft’s new usage reporting tool give admins a portal to see how Office 365 is being used across a company or organizations. The portal gives details on usage data, such as how often Office 365 is accessed, and can even offer a usage insight at an individual level. Microsoft says it has started rolling out reporting for SharePoint, OneDrive, and Skype.

An update to user lists gives administrators an easy way to see which users have which licenses assigned to them.
Microsoft has given the mobile Office 365 Admin Center app even more of an upgrade, adding numerous new features to the service.

Chief among them is the ability to manage email permissions through the mobile app, letting admins control email accounts. Other features rolled out in the April update for the mobile application include:

Manage license count — No need for your employees to wait until you’re back at your desk. You can now increase the number of licenses directly from the admin mobile app and also view your bills.