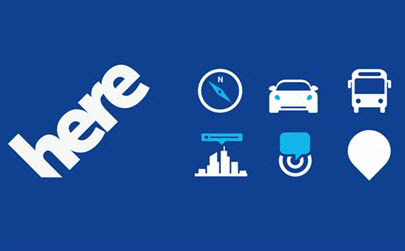 When Microsoft purchased Nokia’s devices and services division (Lumia) two years ago, the Finnish company was left with some major assets, such as HERE Maps.

At the time when Nokia decided to sell HERE, Microsoft was a prime candidate to buy the company, but instead numerous German high end carmakers stepped in.

Microsoft decided to expand its own maps service, which is only now starting to take shape as a viable HERE or Google Maps rival.

Daimler, BMW, Audi, and Mercedes paid $2.8 billion for HERE, but apparently the consortium is looking to bring in a technology partner to work on cloud services, and Microsoft is in the frame.

In an interview with the Wall Street Journal, Daimler’s Thomas Weber said that the HERE group is in talks with both Amazon and Microsoft about taking a minority stake in the mapping company.

Amazon and Microsoft are in talks about taking a minority stake in HERE, a digital mapping business controlled by Germany’s luxury carmakers to help develop self-driving cars, Daimler said on Wednesday. The confirmation comes a month after Reuters reported that the two companies were in talks with the HERE consortium.

“We are talking to Amazon, Microsoft and many auto makers,” Thomas Weber, a Daimler board member in charge of research and development, told the Wall Street Journal in an interview.

Amazon and Microsoft compete in the cloud space, but Microsoft arguably has the edge with its Azure platform, which is used by 85% of Fortune 500 companies. The automotive giants behind HERE want to use a cloud provider to manage data in the cloud.

“We need a cloud provider to handle the huge amounts of data created by HERE and its users. We haven’t taken any decisions yet,” Weber told the Wall Street Journal.