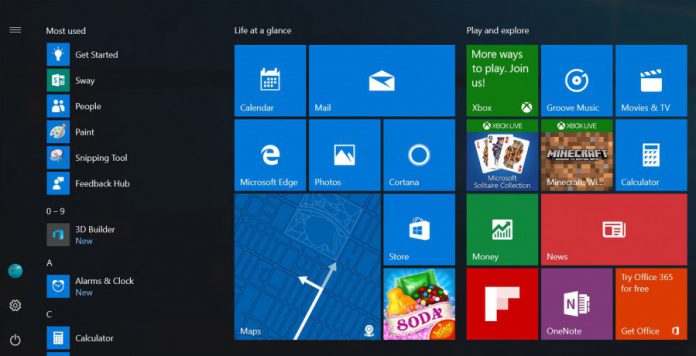 For the first time, Insiders are able to vote and offer feedback on Microsoft’s new “hamburger” Start Menu design, which will be rolling out with the upcoming update.

While Microsoft revealed a bunch of details about Windows 10 upgrades at Build 2016 last week, the company still has some new features up its sleeve.

The company is working on some changes to the Start Menu that would make accessing applications easier for users.

Microsoft is planning on rolling these features out in the massive Windows 10 Anniversary Update, which will be heading to end users in June.

Described as a hamburger menu, the newly designed Start Menu is customizable and puts apps front and center, making them easier to access through an All Apps list.

By popular request, to ease some concerns, and because @ZacB_ asked nicely, here's the new start menu in action! 😃 pic.twitter.com/MiIPO8Epuf

We have known about the new Start design for some time, but this is the first time Microsoft has offered a glimpse of what we can expect when the feature arrives for end users. At the moment the company is asking Insiders to give feedback on the design, so it is worth noting that this may well not be the final look of the new Start Menu.

While aesthetically the new Start Menu looks good, the main function of the new design will be to give users immediate access to applications with a single click. Microsoft unveiled a quick teaser for the new look design through Jen Gentleman’s Twitter account.

What do you think of Microsoft’s Start Menu concept?