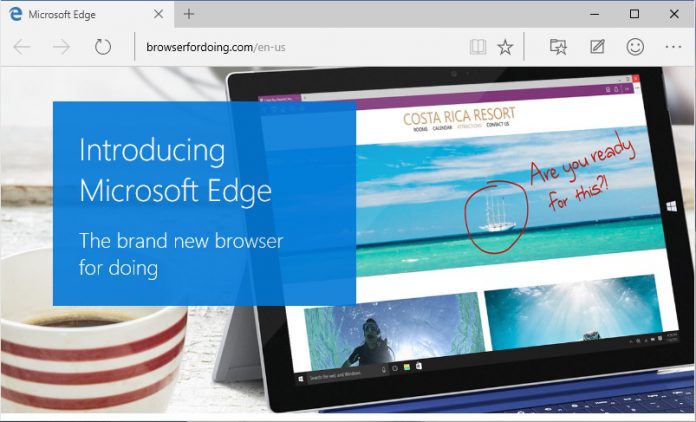 The company announced new tools today to make the Edge browser more accessible to developers, allowing them to get the browser on any device through Remote Edge.

While the Edge Web Summit 2016 has not had bombshells on the scale of the packed Build 2016 event last week, Microsoft has introduced a number of new features for its new Edge web browser.

Indeed, with the announcements today, the Edge browser is starting to take shape and is becoming a real rival to other modern browsers available.

Of course, much of Microsoft’s worries will be about trying to convince users of other platforms and browsers to adopt Edge, especially as most of those left the company’s Internet Explorer feeling disgruntled by the declining experience.

Today in San Francisco the company debuted a couple of tools that will let developers on Apple’s Mac OS X and on the open source Linux platform test the Edge browser.

Remote Edge is a tool that means developers can stream the full Edge browser over the cloud through an existing browser. Users can do this on any device with no overhead starting later this month, when the Remote Edge tool is launched.