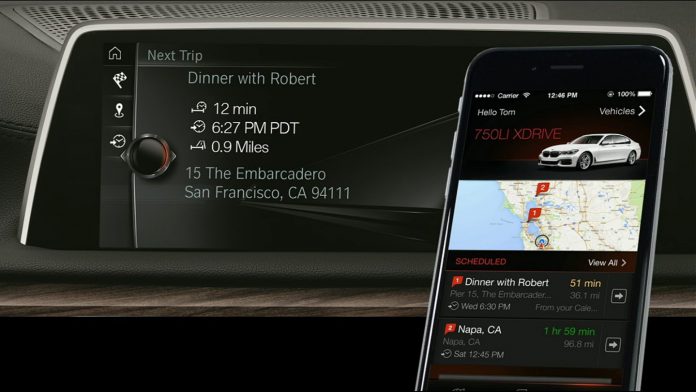 At Microsoft’s annual developer conference, BMW showed off its potent in car system that was created on Microsoft’s Azure cloud platform.

Azure is arguably the core of Microsoft’s business these days, and on Day 2 of Build 2016 the company has been discussing various aspects of its cloud platform.

After discussing Xamarin, the company turned its attention to IoT, and German automotive giant BMW took to the Build stage to discuss its work with Azure’s IoT services.

The company talked about its vision for the future, which included a connected car and automated vehicles that will interact with the cloud through IoT services.

BMW demoed its i3 and i8 cars, vehicles that give a glimpse of the future of the automobile, allowing automated travel that gives passengers the ability to do other tasks through the car, such as check a calendar.

Microsoft’s Azure cloud platform will allow the car to become an extension, while BMW’s ConnectedDrive technology that comes in two guises, Services & Apps and Driver Assistance. During Build, the company highlighted such features as navigation, with the in-car system helping the driver to avoid bust traffic by taking a street route.

However, aside from the car doing things for you, BMW envisions a world where the vehicle interacts with all you other device, creating a connected IoT ecosystem.

The architecture needed to pull this off was extensive, and a simple application was not enough. BMW used the Azure platform, and the cloud service gives ConnectedDrive huge power, allowing the system to learn routes, and offer a complete suite of hands free features and services.

BMW Connected is launching on iPhone, built on Microsoft’s Azure, and is available to download today.