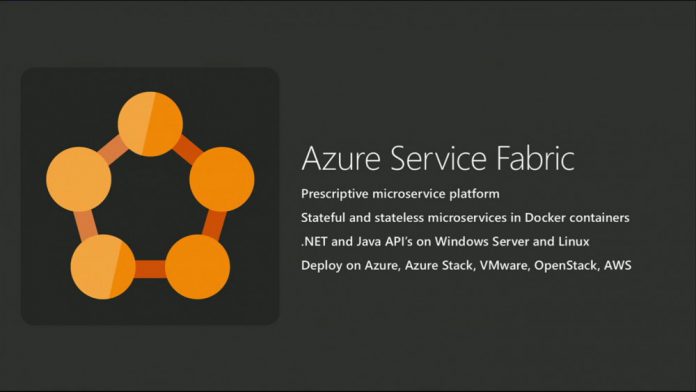 Azure is the focus of Day 2 at Build 2016 and Microsoft discussed Azure Service Fabric extensively, announcing that the service is leaving Preview and is now Generally Available.

In its Preview form, Azure Service Fabric has been with us for a while, a distributed systems platform that allows developers to deploy and manage scalable micro-services.

Service Fabric is the very foundation for numerous Microsoft products, such as Cortana, Skype for Business, Azure SQL Databased, Event Hubs, and myriad other services.

As well as rolling out Azure Service Fabric generally, Microsoft also said it will be debuting a preview of Service Fabric for Windows Server, which will be a self-hosted build of the service. 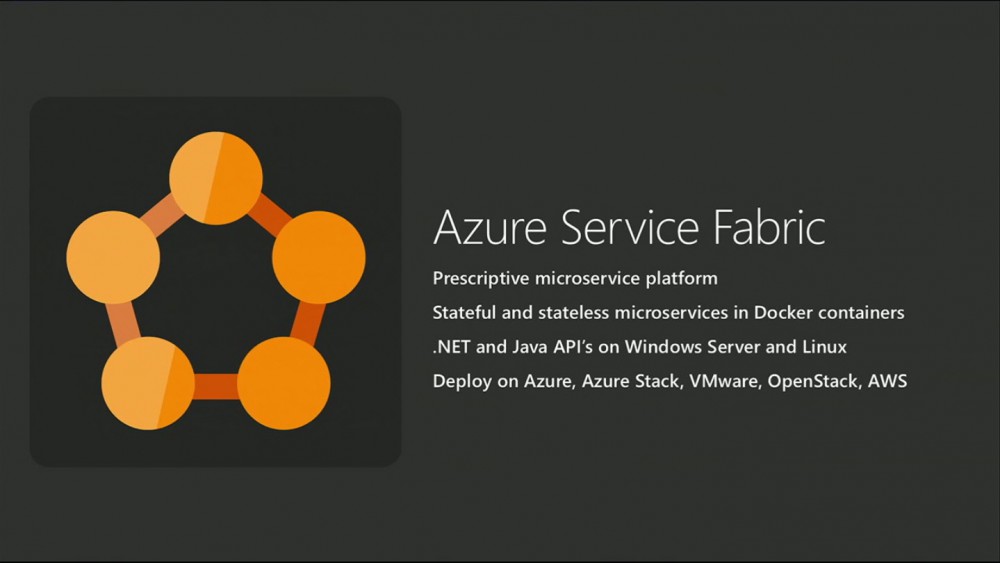 The Windows Server version will give users an in-house solution, and Microsoft says an ability for administrators to still move loads to cloud is unique amongst its main competitors.

Illyriad Games, which develops the massively multiplayer online (MMO) title Age of Ascent discussed its use of Service Fabric during Build on Thursday. The developer said automatic scaling is crucial so it can host huge space battles within the game, which can see as many as 50,000 players participating in a battle.

The company has previously discussed its relationship with Microsoft and Azure, saying the cloud platform was its first and only choice:

“Illyriad Games evaluated a number of hosting options and felt Azure was a perfect fit for Age of Ascent.

One of the key factors that influenced its decision was the Microsoft Azure platform as a service offering that automates many of the aspects of the developer operations process, enabling small teams to deliver big ideas, quickly and easily.”

With Azure power, Age of Ascent is able to run in a browser without plugins, and uses multiple microservices, running on hundreds of Azure servers, and scaling automatically. The ships that fly around the game each have their own independent server, and Microsoft’s Scott Hanselman highlighted how Service Fabric can solve problems for each server automatically.

He changed individual servers so that ships had 0 health, resulting in them exploding as soon as they spawned, a clear error. The game, thanks to Azure, is able to understand that this is a situation that is not normal and not conducive to good gaming, automatically rolls back to a state that worked.

Illyriad Games CEO, Ben Adams, has said the reliability of Azure is what the company appreciates the most:

“Microsoft Azure’s always patched, immediately deployed platform as a service, its on-demand scaling and its per-minute billing mean we pay only for what we need and have no speculative costs. At Illyriad, time not spent on server administration is directly added to game development, so using Microsoft Azure is a huge win for us, and our players.”

Microsoft said it is releasing APIs for Service Fabric on Linux and Java, while the company will also launch the service on the Linux framework and open source later this year. More information regarding Service Fabric can be found here.