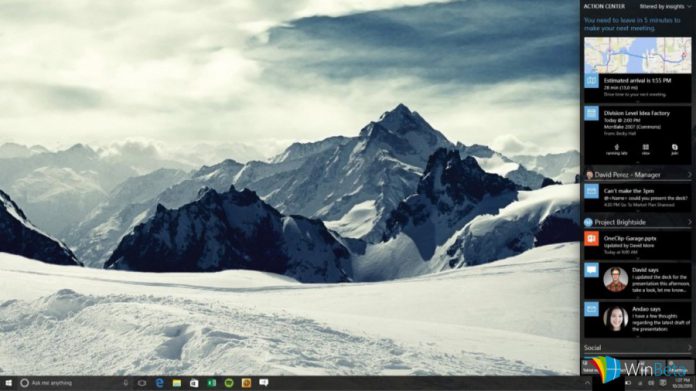 Internal concept images suggest Microsoft is adding interactive cards to the Action Center and Cortana, with the changes likely to land alongside Windows 10 Redstone.

A day ahead of the 2016 Build conference, details regarding Windows 10 Redstone are being fleshed out and new features are popping up daily.

The latest news comes from several inside sources who say Microsoft is going to introduce interactive cards to both the Action and Center and Cortana in Windows 10.

According to WinBeta, the new feature will over a new dynamic nature to the Action Center and Cortana that will allow information to be displayed in the Card UI. At the moment both of the cards currently only offer static information.

As you can see in the image, Microsoft’s concept for the new UI will see a much richer Action Center that looks more modern, while also giving access to more information at a glance. 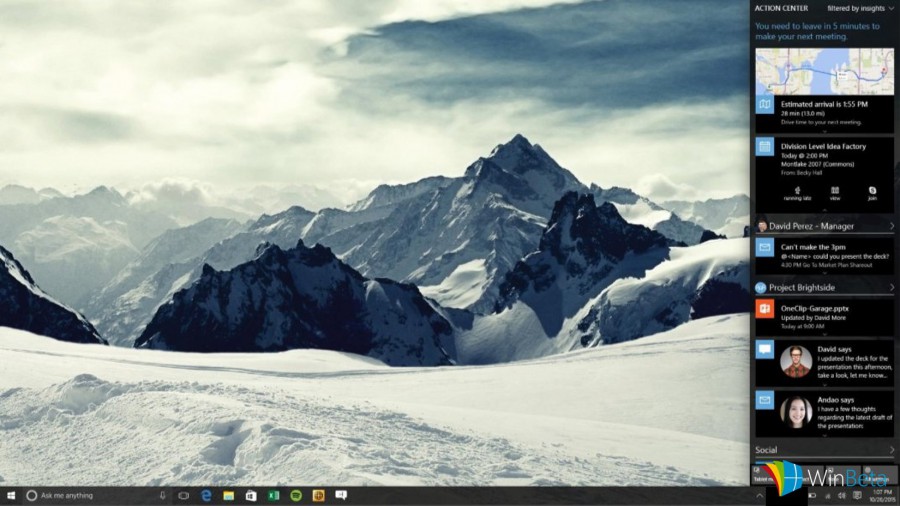 On top of the new interactive cards, Windows 10 Redstone will also debut a filter ability that will allow users to filter notifications to their own desires, such as by social network. The new Card UI will mirror a user interface that Microsoft is working on for Cortana, allowing the both locations to share a common visual and functional theme.

It is worth remembering that these kinds of internal concepts are not always arriving on the next update, but considering a major Windows 10 update (Redstone) is due to drop in June, these new features could be around the corner. Of course, they could look different to what you see in the concept image.

Answers either way will almost certainly be offered by Microsoft at the Build 2016 show, which kicks off tomorrow (Mar. 30), where the company will discuss Redstone in-depth. In the meantime, you can check out what to expect at Build this year with our extensive guide.