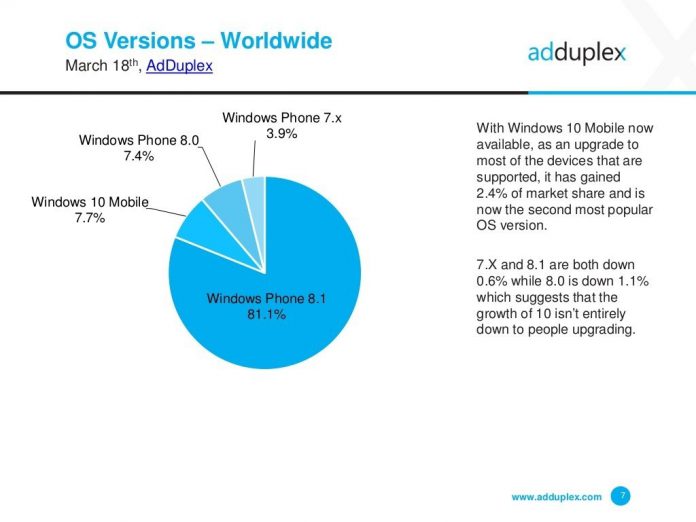 Windows 10 Mobile is slowly gaining traction in the market compared to older Windows builds, according to the latest figures from advertising network AdDuplex.

At this stage of the game any movement in the right direction is good news for Microsoft, especially as the results come before the company had rolled out Windows 10 Mobile to older smartphones.

The timeframe for the latest figures only take into account the handful of Windows 10 Mobile devices that have been launched since the OS was released, including Microsoft’s own Lumia 950 and Lumia 950 XL.

While the figures are for February through March, as always AdDuplex takes its figures from one 24 hour period, in this case taking a usage snapshot from March 18, 2016.

Month on month the Windows 10 Mobile user base has increased considerably and now sits at 7.7%, which is a 2.5% increase over the 5.3% active handsets during the previous results. Windows Phone 8.1 remains the dominant build with a massive 81.1% of the market, but from here expect things to change dramatically. 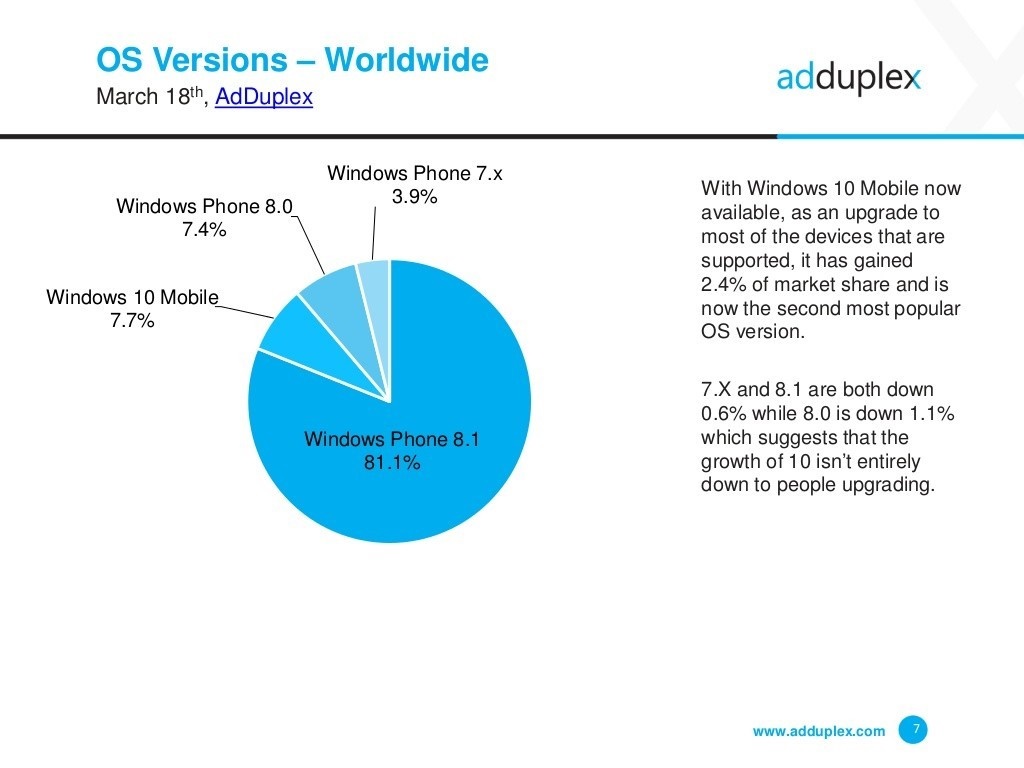 That means that Windows 10 Mobile will continue to grow at a rapid rate from here, at the expense of Windows Phone 8.1.

Of course, the real fight is against Android and iOS and not against older Windows builds, but there is some suggestion that at least some of Windows 10 Mobile growth has come from new devices. Combined older builds that cannot be upgraded (Windows Phone 8 and Windows Phone 7.x) totaled 1.7%, which is short of the growth for Windows 10 this month.

That suggests some 0.8% of growth over the last month was from new devices. Again, even small good news should be celebrated at the moment.