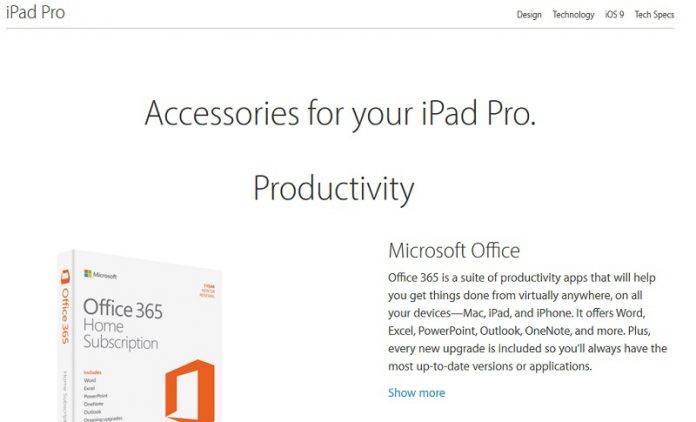 Apple launched a small iPad Pro last week and straight away targeted Microsoft by saying the device is a true “PC replacement”.

Those are the words of Apple CEO Tim Cook, so it is not just the Surface Pro 4 that the company is targeting, it is all Windows users.

At least those running PCs older than Windows 10 (600 million of them). Cupertino is hoping instead of upgrading to another Windows product, consumers will move to the small iPad Pro instead.

In that context, the decision to really push Office 365 as a purchase accessory for the iPad Pro is not so stupid, and it is not bad news for Microsoft either.

While running through the purchase process for the new iPad Pro, alongside Apple’s gadgets like the Apple Pencil and Smart Keyboard sits Office 365, with consumers able to choose a subscription as an optional extra. There are three subscription options available:

So, Apple is actively pushing Office 365 to its customers, and is doing it at the expense of its own (pretty darn good in its own right) iWork suite. It is worth noting that Apple has long plugged iWork as a true and better alternative to Office, and its free suite of productivity apps are good, even if not Office good. 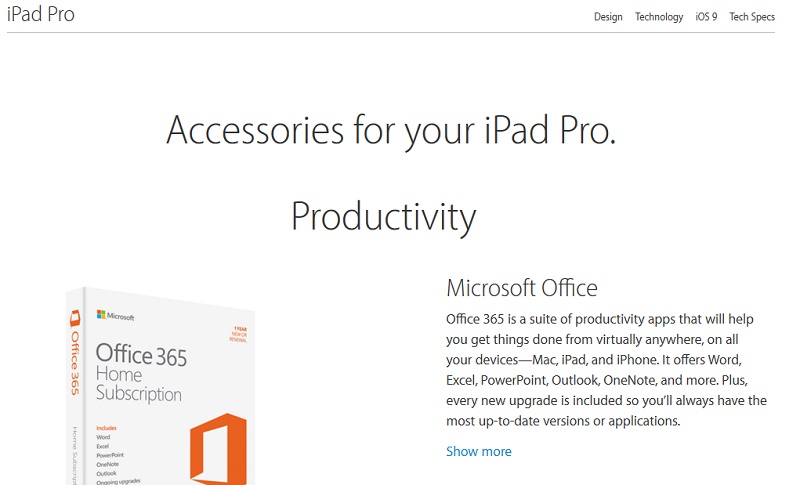 Why the U-turn with Office 365 now? Well, it is all about attracting those Windows users who are not going to see the iPad as a PC alternative with iWorks. Instead, the most likely reason for someone to swap a PC for a tablet is if they can see that the tablet can match the PC in terms of productivity and usability.

Apple is really pursuing this avenue and has made the Office 365 subscription option available for purchases of the iPad Air 2, iPad Mini 2, and iPad Mini 4. This is the first time that the company has opened its doors like this and offered a third party alternative.

Perhaps the fact that Microsoft’s Office apps are available for free via the App Store pushed Apple into the decision; it is better to make some money than none at all. That surely played a part, but there is definitely a wider strategy here to steal Windows users from under Microsoft’s nose. Apple’s senior VP Phil Schiller said during Monday’s event:

When they see the features and performance and capabilities of a product like the iPad Pro, designed for the modern digital lifestyle, many of them will find it is the ultimate PC replacement.”

That is not exactly bad news for Microsoft, because in Apple’s attempts there will be potentially millions of people subscribing to the Office 365 service.