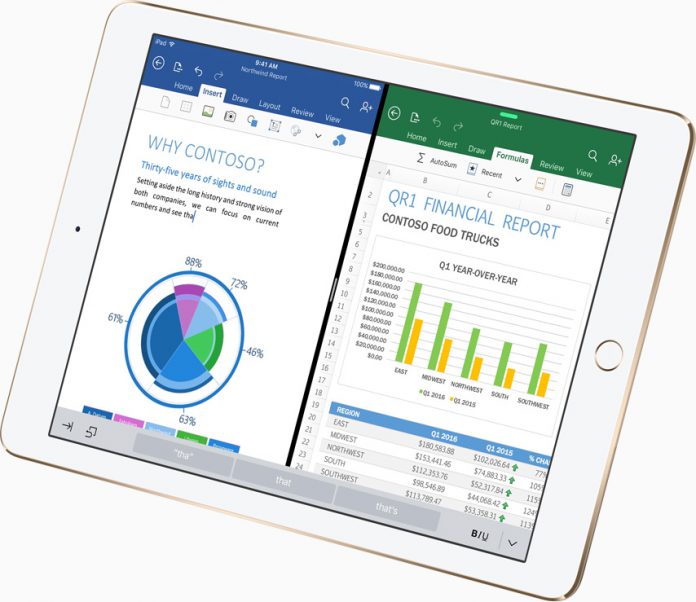 Apple has launched a new iPad Pro with a smaller 9.7-inch screen and the tablet places a pretty big crosshairs on Microsoft’s own Surface Pro 4.

The new device delivers the potent technological punch of the huge iPad Pro, but wraps it in an admittedly sleek chassis that is more akin to the iPad Air 2.

A small iPad Pro is a dangerous product for rivals, and as a result it is a very serious competitor to the Surface Pro 4 in the tablet/laptop hybrid market, even if Microsoft’s device still manages to check more boxes in terms of functionality.

The company has even said that its aim with the device is to steal market share from Windows, so the company is pitching the iPad Pro at those who have aging PCs and may upgrade for something that is not a desktop.

Apple simply has more market clout than Microsoft, so it is almost inevitable that the small iPad Pro will sell more units. That, of course, does not mean it is a better product, but once again Microsoft could get stung by a product that has the consumer on its side. 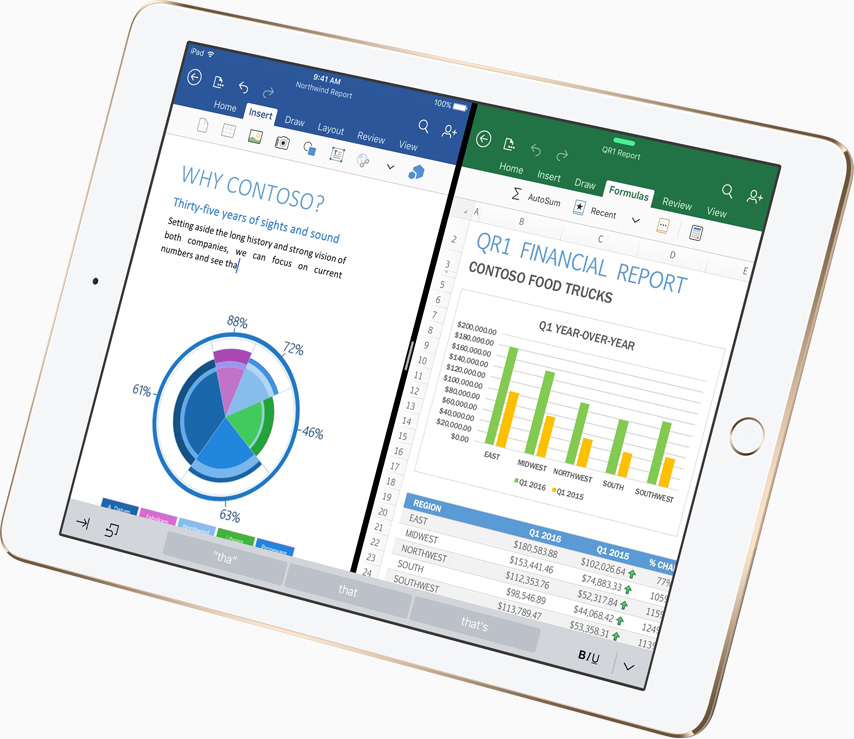 When Samsung and Huawei launched their own Surface Pro 4 competitors recently, they were on the Windows 10 platform … rivals yes, but welcome ones on a platform that Microsoft manages. With Apple it is different, while iOS cannot match Windows 10 in terms of sheer functionality, Cupertino has proven in the best that it knows how to sell devices.

As for the details of the small iPad Pro, it is exactly the same device as the larger version that launched late last year. That means it gets some blazing specs such as the A9X chipset, a Full HD screen, and the Apple Pencil and keyboard cover.

Along for the ride are Apple’s enviable list of free software, such as iMovie, GarageBand, Pages, and a hell of a lot more besides. Again, none match the productivity bite of the Surface Pro 4, but the iPad Pro offers a on the go solution to computing that is probably hugely enticing.

Forgive us we get all bias for a second (shock, a Microsoft website bigging up Microsoft products), but if a true PC experience is what you want, then the Surface Pro 4 tramples all over the iPad Pro. Indeed, even the Samsung TabPro S does, or any slate that runs the full Windows 10 OS for that matter.

That said, the iPad Pro (mini?) will sell in monstrous numbers compared to the Surface Pro 4 and is an excellent device in its own right.