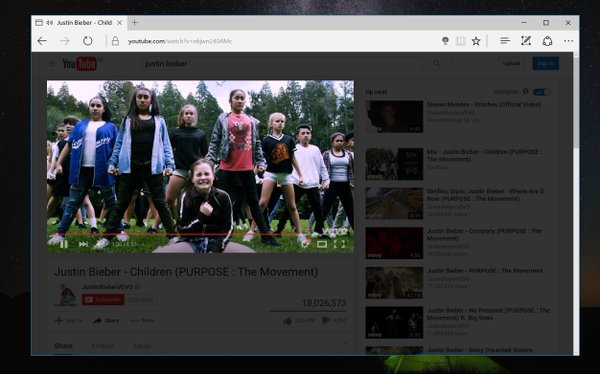 Popular Chrome and Firefox extension, Turn Off the Lights, is coming to the Edge browser after Microsoft sent out a Windows 10 Redstone preview that supports browser extensions.

It was only this past week that Microsoft started offering Edge browser extensions on a preview basis for Windows 10 Insiders, before a wider release to end users at a later date.

Developer support will be key if the company is to make Edge extensions a bona fide rival to Google Chrome and even Mozilla Firefox extensions.

The good news is that it seems devs are already intrigued by porting their extensions to the Edge browser, with one of the most popular extensions already arriving in preview form.

Turn Off the Lights is a user favorite extensions on Chrome and Firefox, and now it is making its way to the Edge browser for Windows 10.

If you have never used it before, Turn Off the Lights can be easily filed under the ‘useful’ extensions tab, allowing users to dim everything on a screen aside from a Flash or HTML5 video that they are watching. Hardly earth shattering, but it is a potent tool that lets you get some better visuals without a bright website hovering in the background.

The developer behind Turn Off the Lights says that there is now a preview version of the extension of the Edge browser, taking advantage of the latest Windows 10 Redstone preview. As this is a preview, it is best to see it as a proof of concept and willingness to adopt Edge extensions, which means some of the features are missing.

Still, it is nice to see that developers are already taking notice of Microsoft’s decision to add extension support to its web browser. If you are interested in Turn Off the Lights, you can download the extension here.