Microsoft will be pitting the Surface Pro 4 against the Samsung Galaxy TabPro S, which has been launched in the United States. More competitors are good news for the company, especially with Samsung deciding to back Windows 10.

In terms of the consumer market, Microsoft needs industry heavyweights on board if Windows 10 is to be a success, whether in the mobile space or PC industry.

Samsung’s Galaxy TabPro S is an important device then, a 12-inch Windows 10 tablet that was launched back at CES 2016 in January as a high end competitor to Microsoft’s own Surface Pro 4.

The Galaxy TabPro S is landing in the United States starting March 18, with Best Buy offering the slate/laptop hybrid for $899.99. It has also launched in the United Kingdom, where it will cost £849.

The device will also be arriving in Microsoft’s official stores in North American (including Canada and Puerto Rico), but not until April 4. 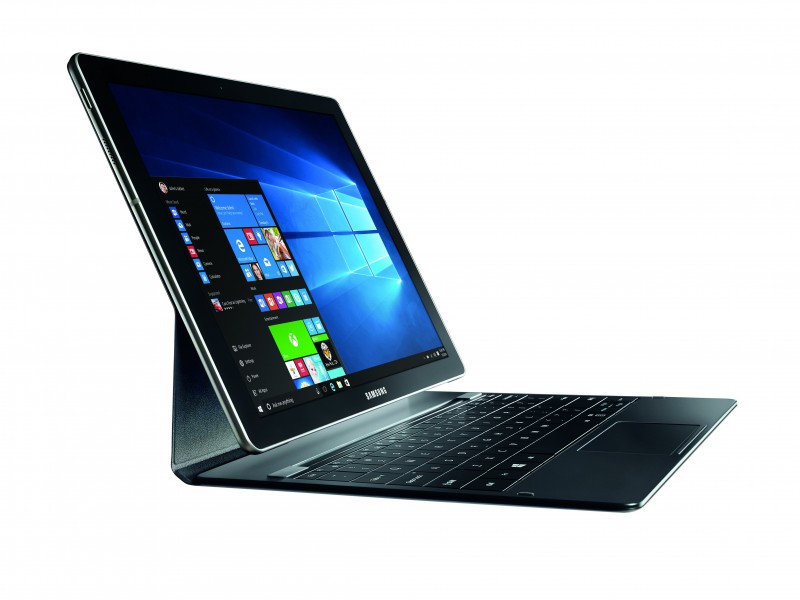 While Samsung’s new high end tablet is a direct competitor (in terms of specs and price) to the Surface Pro 4, Microsoft is welcoming the device into the Windows space. Of course, that is the best tactic, Microsoft can ill afford to push rival hardware away, even if the Surface Pro 4 has potent alternatives these days.

That is especially the case when the partner in question is Samsung, the largest manufacturer of mobile devices in the world. While Microsoft would love the South Korean giant to throw its weight behind Windows 10 Mobile, a high end tablet it a good start and shows that Samsung is starting to take Microsoft’s platform seriously again.

“The Galaxy TabPro S is the result of years of collaboration between Samsung, Intel and Microsoft. The end result is a beautiful, ultra-thin, detachable 2-in-1 that is optimized for entertainment and offers productivity without compromise – the perfect device for both consumers and the enterprise.“

As for the Galaxy TabPro S, it is a high end laptop/hybrid, the sort of product that was pioneered by Microsoft with the original Surface Pro. It gets a 12-inch Super AMOLED display with 2,160 x 1,440 Quad HD resolution, an Intel 6th generation dual-core Core M processor clocked at 2.2GHz, 4GB of RAM, and a 128GB solid state drive.

At the moment, Samsung is not offering any upgrade options, while only the Wi-Fi version of the TabPro S has been released. That will probably be rectified in the coming weeks and months when an LTE variant is launched.