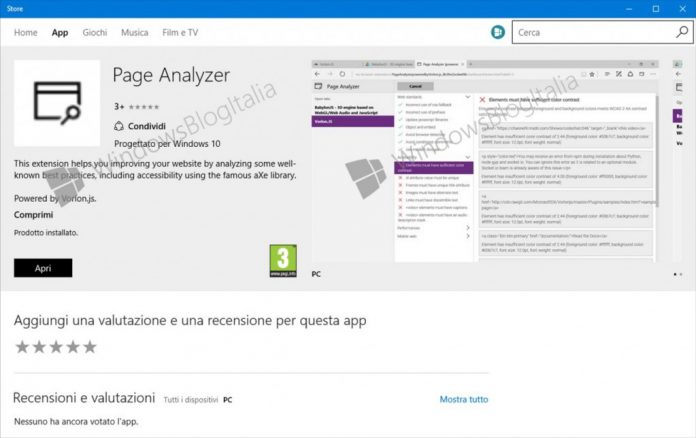 After reports that Microsoft was readying extensions for the Windows 10 Edge browser, the company has launched previews for Insiders.

There has been a lot of news surrounding Microsoft’s work on extensions for the Edge browser, and now users on the Windows Insider program can play with the first browser extensions through a preview release.

Considering the amount of news regarding Edge extensions over the last week, it is hardly a surprise to see the preview drop so soon.

Last month we reported that Microsoft was readying the extensions for a preview, and then we updated the story with a rumor that the company was working towards launching the extensions before BUILD next month.

Microsoft says that it has taken its time to bring the feature to Edge because the company wanted to make sure it could deliver extensions without compromising security.

In many ways, the new browser launched with Windows 10 was created to deliver such modern features to Microsoft’s browser, with extensions always a notable absentee on Internet Explorer. It will of course take Redmond a long time to build up an extension catalog like its rivals, and developers will play a huge part in growth, but for now users on the Inside can at least get a taste of how Edge browser extensions will work.

Microsoft’s general manager for Edge, Drew DeBruyne, said in a blog post that the extensions continue Edge’s position as a leading browser.

“As we have also shared, one of our highest priorities is to ensure that Microsoft Edge is the safest, most reliable and fastest browser we could build, and our experience over the past 20 years has taught us that poorly written or even malicious add-ons were a huge source of security, reliability and performance issues for browsers. With this in mind, we have built Microsoft Edge so customers can add extensions to the browser with the confidence that they will operate as expected.”

Extensions will also be nearly entirely compatible with Google Chrome eventually, but for now Insiders can only use them in Microsoft’s browser. At this early stage the number of extensions is limited to Microsoft Translator, the Reddit Enhancement Suite, and Mouse Gestures. Coming soon are AdBlock, Adblock Plus, Amazon, LastPass, Evernote and others.