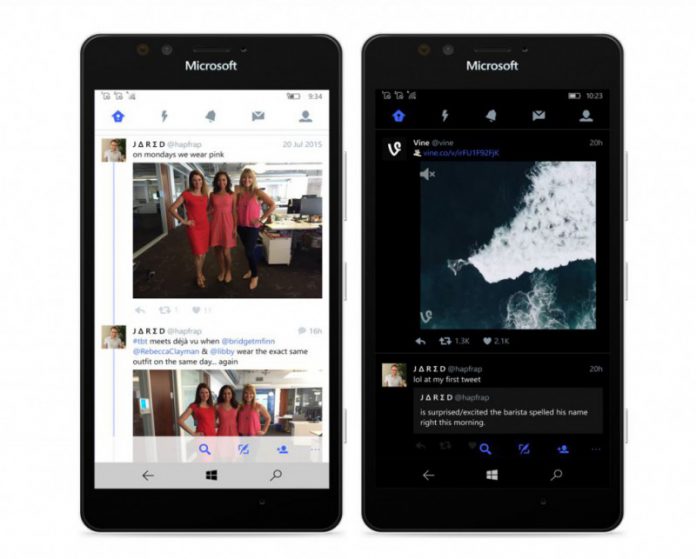 Apps availability on the platform is one of the things that Windows 10 Mobile owners and supporters would love to see some improvement on. Getting notable updates on those apps is another, because there’s been some worrying development in the past week. One app that does have a fine track record is Twitter, which has just received a welcomed makeover.

The new Twitter for Windows 10 Mobile, which was announced by Twitter’s Product Designer Angela Lam on Microsoft’s blog, is now on par with the app for PCs and tablets. It adds features already known from its web interface, such as Moments and group Direct Messages, which allow users to send Direct Messages simultaneously to several people.

The Moments feature – a curated list of the best and trending stories happening on Twitter— has been optimized for mobile devices and their smaller screens. Unlike the grid layout that the web interface has, it will take up the whole screen instead for a more immersive experience, where users can easily swipe through each “moment”.

Other new features include the ability to shoot a Tweet video using the phone’s camera and edit it on the go. Users can “share a Tweet and add your own commentary with quote Tweet” and “it’s easier to follow conversations; you can check out top Tweets without logging in.”

The Twitter for Windows 10 Mobile update is now live on Windows 10 store. Note that the new features are also available for Windows 10, which will now support dark theme.