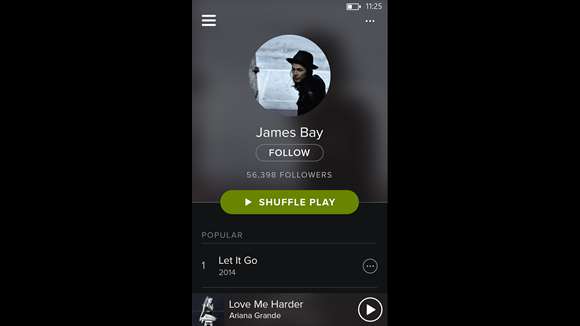 Spotify’s relationship with Windows Phone has gone through a turbulent weekend, but the music streaming company has today issued an update for its Windows applications.

Just yesterday a report suggested that Spotify had decided to end support for those running the application on Windows Phone 8x and older builds.

There even seemed to be official confirmation from the company that indeed it would move forward only with support for Windows 10 Mobile devices.

After some confusion, Spotify denied the initial report, said it would support Windows Phone 8.1 and below, and then even proved it with a new update.

Spotify was one of the first major mobile companies to get behind Microsoft’s platform, debuting its music streaming service on Windows Phone 7 in 2011.

A Twitter user by the name of Alessandro S claimed to have received an email from Spotify that appeared to be official confirmation that the company would be leaving older Windows Phone builds:

We can confirm Windows Phone 8.x is no longer supported. You can still use our Spotify application on the associated devices, but it will no longer receive any further updates and download the application. We apologize for the inconvenience.

This would have been a worrying development because Windows 10 had not yet been supported by the company, meaning no Windows devices would be officially supported. In the wider scheme, it would have meant another major mobile giant pulling out of Microsoft’s troubled platform.

However, it seems as though either Alessandro S was mistaken or simply made up the email from Spotify, as the company returned with a denial that it was pulling out of Windows. On top that, the streaming services updated its application, showing that it will continue to support the platform, while also adding Windows 10 compatibility.

According to the post from Spotify Community Forum member Meredith:

Our main goal at Spotify is to offer the best music experience on the market, covering all platforms. To clarify our recent information regarding the Windows Phone experience, we will continue supporting the Windows Phone 8.1 experience moving forward and we are actually improving our support for Windows 10 in our coming update 5.2, which will be available starting today.

Spotify build 5.2.1.0 does not bring major changes to the app, instead focusing on minor patches for the general UI and software. However, the improvement for Windows 10 compatibility means those using newer hardware on the platform will find the app easier to use.