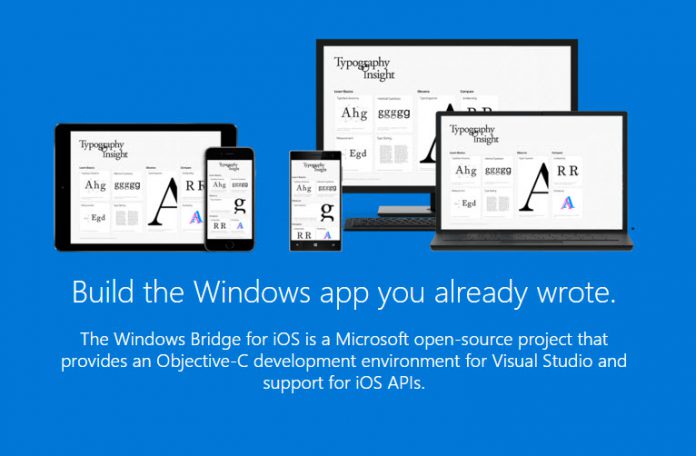 The guidance about Microsoft´s Universal Windows Platform helps Android and iOS developer new to Windows 10 to quickly orient themselves.

Porting apps from iOS to the UWP with Microsoft´s new Windows Bridge for iOS will allow developers to create a single Windows 10 app package in UWP format which then can be installed onto all types of Windows 10 devices – PC, tablet, phone and other devices like Xbox consoles in the future.

The UWP concept relies on a set of common features and universal building blocks which makes cross-device app development a breeze.

Microsoft´s concept mapping guidance is broken out into these 15 sections with detailed information about all aspects of app development.

“At a glance, you’ll be able to see the difference between platforms and identify which features and functionality are available to each. The guidance is laid out in a convenient table that let you easily locate and learn more about the platform details you are most interested in. Android supports app widgets, for example, but iOS does not. iOS supports badges, on the other hand, while Android does not. Windows supports badges and also has a tile system.” 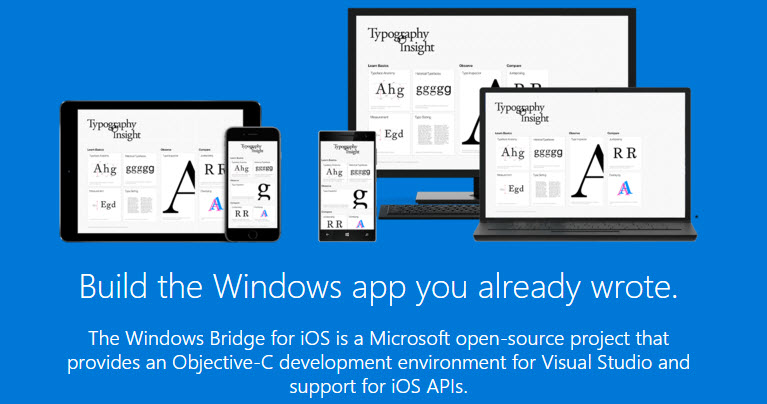 Microsoft’s recent acquisition of Xamarin, which specializes in toolkits to bridge universal apps cross platform, reflects the company’s commitment to making toolkit bridges exclusive to iOS. As part of the Universal Windows Platforms strategy, the company has decided to move away from its Project Astoria, which was created to bridge Android apps to Windows.

Microsoft´s focus is now fully on iOS and developers have already started using the available iOS to Windows 10 app bridge. As one developer recently demonstrated, app-porting can be done in just 5 minutes for simple games.

That the iOS to Windows 10 app bridge also works for more serious projects, has been proven by Instagram’s developers who are using the toolkit to bring their app to the Windows Store.

If Microsoft´s push for iOS to Windows 10 app porting will have positive effect on Windows 10 Mobile remains to be seen. Windows Phone continues to lose market share with just strong growth in UK and China. The report for Q4 2015 reveals a further worldwide decline for Windows Phone, especially in Europe, which has been considered to be the company’s stronghold.