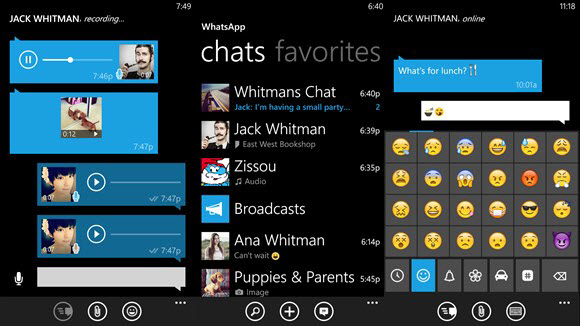 If you’ve always wanted to share more than just multimedia content with your contacts on WhatsApp, the newly released beta version of the app should give you taste of how the file sharing feature will work.

The WhatsApp for Windows 10 Mobile 2.12.310 beta update is as simple as you’d imagine it to be. Until now you were only able to send pictures, audio and video files to your friends and family, but now you can send other files as well, though for now it’s limited only to PDF ones.

If it’s anything like the Android and iOS version, you can send the document by clicking on the attachment button when you’re in a conversation window. Choose a file and it’ll be on its merry way to the recipient.

The bad news is the window to register as a beta tester has been closed, so you’ll have to wait until the feature comes to the final version, which shouldn’t take too long. As for the good news, you’re saving yourself the potential headaches of using a beta release, which is more often than not riddled with bugs.

The file sharing feature was launched on other mobile platforms just a short while ago, so it seems that the Windows 10 Mobile version is playing catch up. In the end, it shouldn’t really matter as long as the final version is solidly designed and run flawlessly.

Whatsapp with more than one billion users

By now, it’s hard not to know anyone who doesn’t use WhatsApp. The ubiquitous instant messaging app recently reached its one billion users milestone, but the company isn’t resting on its laurels.

Back in January, WhatsApp announced that it will start branching out its messaging service for the business crowds, specifically B2C business where companies can use the medium to reach customers. Not to say that regular folks haven’t been using WhatsApp as a selling and marketing tool.

It seems that adding the ability to share PDF files and other documents is just another step towards greater domination.