Microsoft’s technology will be integrated into SoftBank’s robotics to provide next-generation solution to the retail industry.

Microsoft and Japan’s SoftBank Robotics have formed a partnership to build cloud-enabled robotics that can interact with customers visiting shops in Japan, where people love robotics more than Americans.

In the first phase of the collaboration, Microsoft will integrate its cloud-based Azure IoT Suite into Pepper, SoftBank Robotics’ humanoid robot. The second phase will be equipping those cloud-enabled robots with Microsoft’s Surface Hub large-screen collaboration device and Surface 2-in-1 devices to serve customers in person.

Pepper, being sold at around $1,600, is deemed to the world’s first personal robot that reads emotions. Built by Taiwan’s Hon Hai Precision, known as Foxconn, Pepper was launched by SoftBank last month in Japan.

Pepper is capable of recognizing the human emotions and adapting his behavior to the mood of his interlocutor, according to SoftBank.

Pepper, using cloud-computing technologies, will make shopping recommendations to customers visiting shops by analyzing their previous purchase history and other information. The robots will also be capable of monitoring multiple channels in real time to make recommendations on which products to display via Surface Hub or other Surface terminals, according to SoftBank.

Surface Hub or Surface will allow customer to browse products by using Surface Hub or Surface, and can purchase products, based on Pepper’s recommendations for them. In order to further enhance the customer service experience provided by Pepper, Microsoft will deploy its personal assistant Cortana and Translator-based services, including multilingual support.

According to SoftBank, Pepper will not only provide customer service, but will also facilitate efficient inventory management by leveraging real-time feedback from stores. 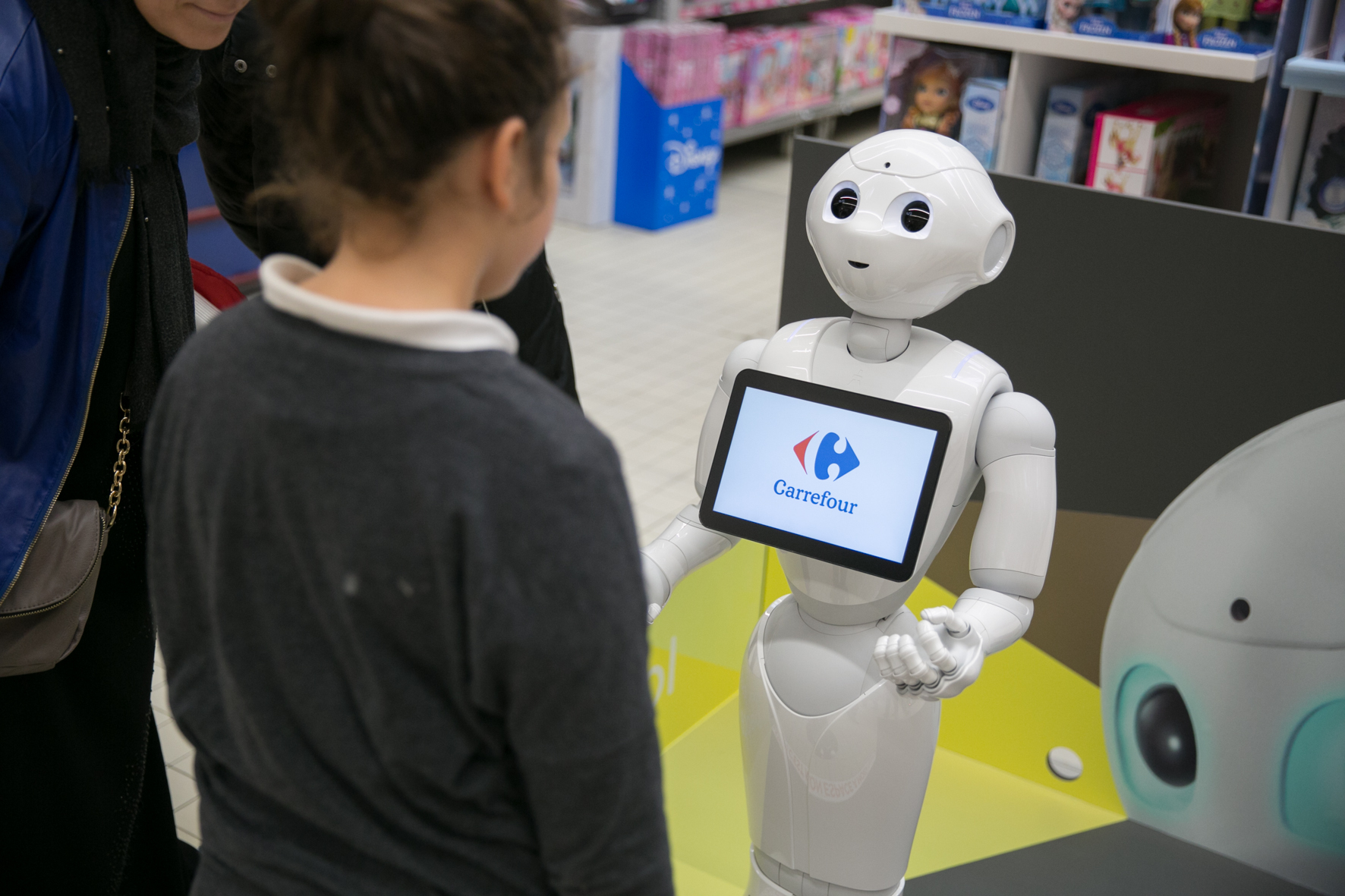 SoftBank is expected to start field-testing of cloud-enabled robotics from March 24-March 30 at its Pepper-Packed Mobile Shop, where customers will be served entirely by Pepper robots. The cloud robotics are scheduled to be sold in Japan starting in the fall of 2016.