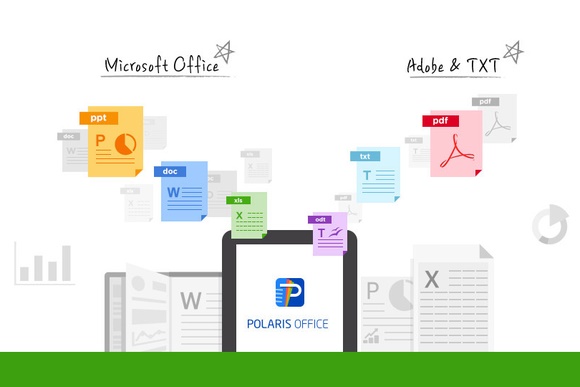 Office 365 rival, Polaris Office, is making its debut on PC as a free service, but the company’s plan to take consumers from Microsoft and Google is probably doomed to fail.

Korean-based Software as a Service (SaaS) provider Polaris has said it is going to target Microsoft and Google and take plenty of business off those two giants of the industry.

For the most part, this is a small company blowing hot air, not least because Polaris is in no position to mount a genuine threat to Microsoft or Google, the company lacks the resources or the market position.

That’s not to say Polaris Office is a poor product, in fact the opposite appears to true. Its SaaS is a cloud based productivity suite, offering much of the functionality we are used to, but for free.

The suite brings file creation, storage, sync and share, with PDF support and editing tools. It has been around since 2014 and has already acquired some 35 million users.

Polaris Office has been on the Android and iOS mobile platforms since launch, but now it is moving to PC and the company is targeting industry heavyweights. That means a direct path towards Microsoft, which utterly dominates the productivity space with its various services, both cloud based and not.

As we are used to with these Microsoft rivals, the services offered are basically clones of the ones cooked up by Redmond, so Polaris comes with document editors, PDF readers, and spreadsheet features, that are clearly inspired by Microsoft’s efforts. The company thinks it has a winning combination that will steal some of Redmond’s thunder:

Polaris will compete with Microsoft and Google by offering the best of both – its cloud-based office software combines the convenience/freemium model of Google for Work with the powerful functionality of Microsoft Office.

The problem is, Microsoft is so out in front that we already have an excellent alternative, and it is provided by Google. Mountain Views own productivity products have come on leaps and bounds and are potent, if not undercooked, alternatives to Microsoft’s services. Polaris is unlikely to move itself into the middle of this market dominating pairing.

Equally, Polaris says it is a well-functioning free rival to Microsoft, but as always, free isn’t always what it seems to be. Sure, the company will let you use Polaris Office without cost for basic functions, such as look at an office document. However, if you want to use the apps extensively then you will have to pay, $3.99/month or $40 per year.