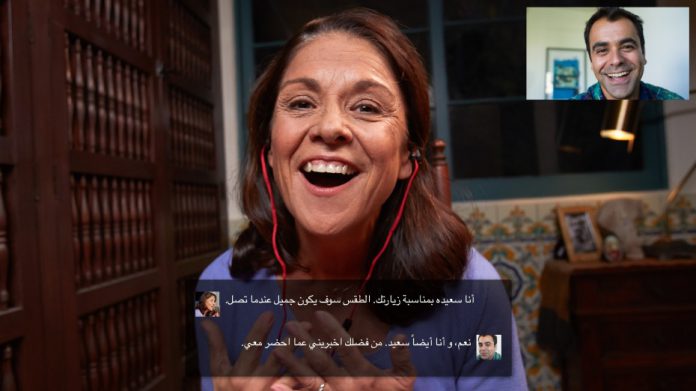 The addition of Arabic to the Skype Translator feature means the service now supports eight different languages, with English, French, German, Italian, Mandarin, Brazilian Portuguese, and Spanish being the others.

Microsoft is continuing to double down on Skype features to ensure the service stays ahead of the competition, and the latest addition is Arabic language support for Skype Translator.

The tool automatically translates speech in real time, relaying the translation into text on the screen or computer generated speech.

This means people of different languages can converse, with those who speak Arabic now able to take advantage of the translator.

Skype Translator started as a standalone application that was launched in 2014 before making its way to all Windows machines as an integrated service in October 2015.

As a Windows exclusive, only users on Microsoft’s platform can take advantage of Translator, including the new Arabic support. Redmond decided to choose Modern Standard Arabic (MSA), which is the most used Arabic type in both writing and speech, which the Skype team mentioned on its blog:

Unlike dialects which may vary greatly from country to country, MSA is used throughout the Arab-speaking world in written and formal communications. This version of Arabic is taught in schools and used by journalists, for example.

While Microsoft has continued to add features to Skype and make it a more robust tool, the company is also choosing where to place its focus. The company confirmed yesterday that it will shut Skype for TV, removing support for the application that can be found on Smart TVs. Skype for Linux was also killed earlier in the year, causing some outrage amongst users.

However, Skype Translator is definitely a part of the company’s plans moving forward, and while early signs suggest it is not wholly accurate, it could become a potent tool that Redmond pushes increasingly in the coming years.