Microsoft is discontinuing support for Skype for TV in June, citing a desire to focus its efforts on platforms where the application receives more usage.

Redmond says there will no further updates to the app, and is leaving it up to television manufacturers whether to remove Skype from their models. Samsung is reportedly discontinuing Skype service on its Smart TVs.

The discontinuation of service will also affect new account creation and password resets, which will only be available through Skype.com.

Microsoft says the concentration of Skype users on mobile platforms led it to the decision to cease support for Skype on TV:

“Since 2010, Skype has delivered a great calling experience in the living room in partnership with several TV manufacturers. But over the years, users have changed the way they use Skype, with the majority accessing it from a mobile device – including when in the living room. We want to make sure we prioritize delivering the best possible experience to the platforms our users are asking for, which is why we’ve decided to focus our efforts in other areas while supporting key functionality on Skype for TV for as long as possible.” 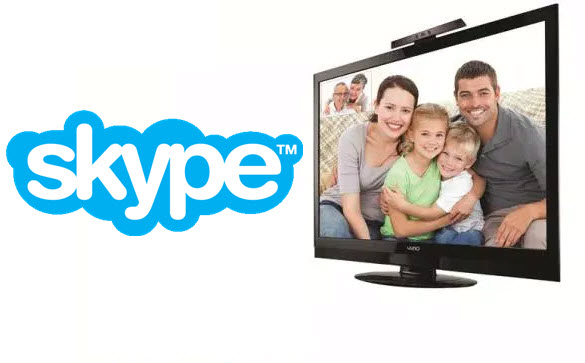 Microsoft recently got into hot water with Skype users on Linux after the client stopped connecting to calls. Redmond hasn’t updated Skype for Linux in more than three years. The decision to end support for Skype for TV has rankled even more customers:

“Just got notified of the end of the Skype application service today. I recently purchased a Samsung TV Camera – specifically designed for use with Skype on my Samsung HD TV.

I have family that I Skype with regularly and the end of the service will make it impossible to communicate.

The ability to use Skype with my Samsung TV was a selling feature for me. I have to ask WHY this is being discontinued.

I wonder if I should have purchased a Sony or LG, as family members using Skype on their TV’s have not been notified that they will loose this feature.

Microsoft Skype Test: Can You Solve the Puzzle 10 times to Use the Service?

Report: Microsoft and Samsung to Collaborate on Mixed Reality Project