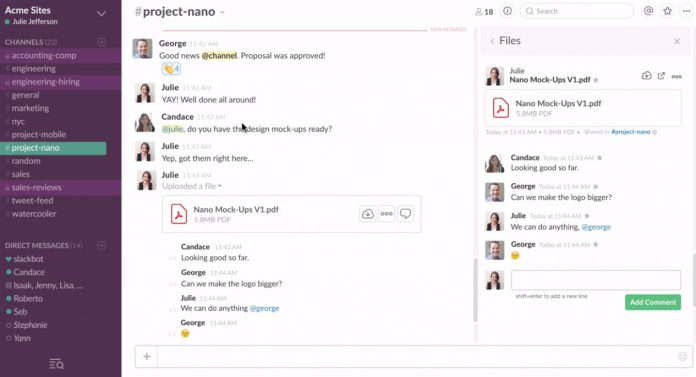 Microsoft reportedly mulled over, yet ultimately passed on, a massive offer to purchase the cloud-based messaging app Slack.

TechCrunch has heard that Microsoft looked at Slack as a potential acquisition for as much as $8 billion. However, an internal campaign failed to get much support from Microsoft’s top brass, with co-founder Bill Gates and CEO Satya Nadella ultimately nixing the idea. Gates reportedly pushed instead to add features to Skype, Microsoft’s signature messaging app, to make it more competitive with Slack.

Slack, co-created by Flickr co-founder Stewart Butterfield, was valued at $2.8 billion last April by top investors after a $160 million round of fundraising. It reportedly approached investors recently for another $150 million in funding. 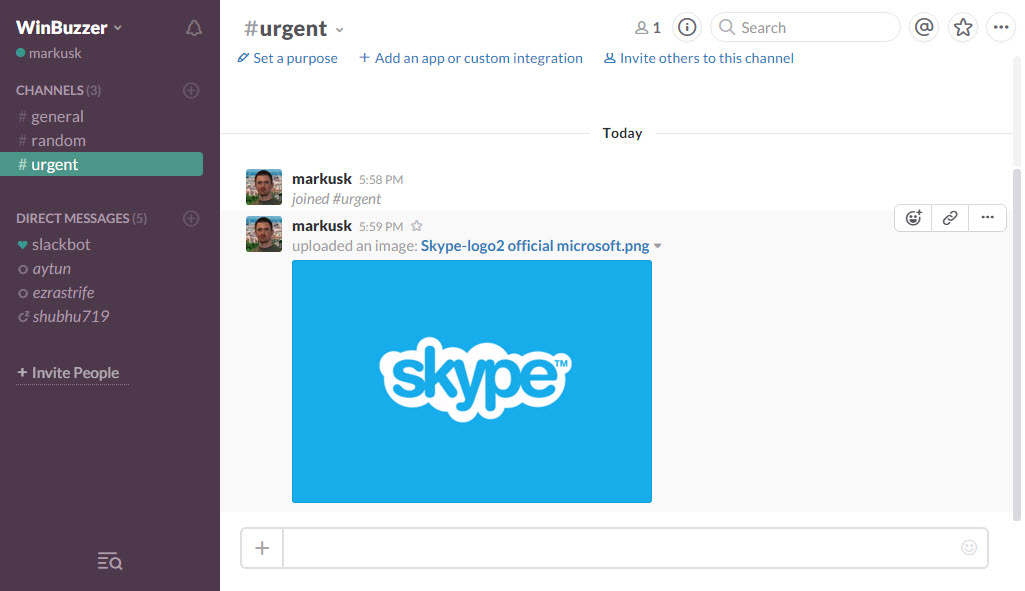 Microsoft has been active in the past on the enterprise collaboration front, building or acquiring applications like Skype, SharePoint, Yammer and Lync, so it clearly has the tools to build something with the same functionality as Slack. However, Slack has skyrocketed since its founding and has put a serious dent in Microsoft’s share of the market.

Slack is currently beefing up its feature set to become a potent alternative to rivals such as Google Hangouts and Microsoft Skype, by introducing voice and video chat. In a surprise move, the chat service just yesterday kicked off a first beta of a its new voice-calling feature.

The move was obvious since Slack´s January 2015 purchase of Screenhero, a company that specialized in voice and video chat, as well as screen sharing cross platform. At the time Slack said that Screenhero would continue to operate as its own entity, but the company did fold its employees into the Slack team and said eventually Screenhero would be integrated into Slack.

While the company has been socking away much of its venture capital dollars, it has also spent quite a bit of it, claiming to have more than tripled its employee base over the last year (from 103 to 369) and recently began airing a television commercial.

In an interview with the New York Times, Butterfield said that he has a fiscal responsibility to continue to raise funds despite a large war chest:

“And as a board member and a C.E.O., I have a responsibility to our employees, to our customers. And as a fiduciary, I think it would be almost imprudent for me not to accept $160 million bucks for 5-ish percent of the company when it’s offered on favorable terms.

“We don’t have an immediate use for that money. But it increases the value of our stock and can allow potential employees to take our offers, and it reinforces the perception for our larger customers that we’ll be around for the long haul.”