A support page for Device Guard hints at a Windows 10 RT build, but does not necessarily mean Microsoft is actually working on such a platform.

For many, Windows RT was a failed experiment on Microsoft’s part, the company’s attempt to have a watered down version of the full Windows platform for mobile devices with ARM based processor.

It was good news for many Windows fans when Microsoft seemingly ditched RT when the company launched Windows 10 and embarked on a universal platform that works cross form factor.

However, it seems that Windows RT is not dead and buried after-all, with a page for Device Guard showing the supported platforms as Windows 10, Windows 10 Server, and Windows 10 RT.

The page rather suggests that Microsoft is working on an RT build for Windows 10, although equally this could just show something the company was working on before scrapping the idea. 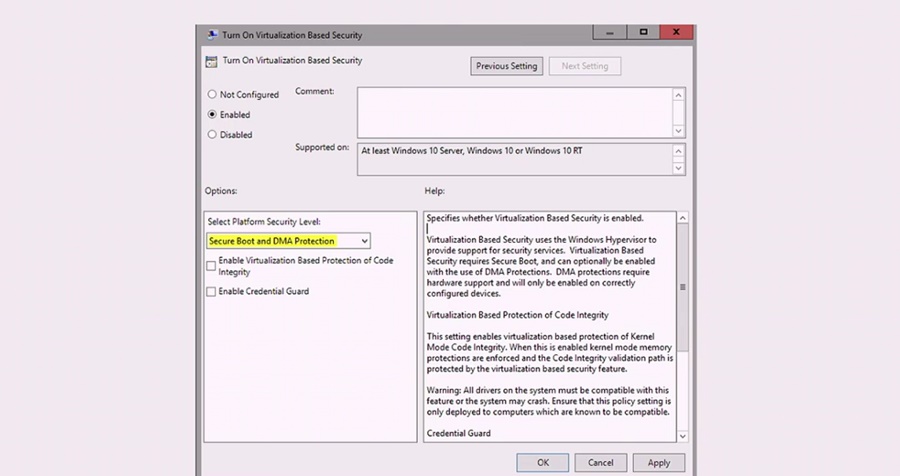 Whether consumers even want to see Windows RT resurrected is up for debate, but the platform received little support from customers and OEM’s when it was launched as Windows 8 RT on the original Microsoft Surface Tablet. Most third party partners backed away from the RT platform fairly quickly as it became apparent hardware would not sell.

Considering Microsoft has previously said that it will not be building a version of Windows 10 RT, but the company did update Windows 8.1 RT to Update 3. With Windows 10 crossing all form factors as a universal operating system, it is hard to see why Microsoft would see the need to bring back the watered down RT.