According to user complaints on the Microsoft community boards, some Windows 10 updates are deleting installed apps without any notification. The problem affects also well-known Windows tools like CCleaner, HWMonitor and CPU-Z.

The auto-removal seems to affect those apps which Microsoft identifies as non-compatible when a bigger update is installed.

The issue was first noticed with system upgrades from Windows 8.1. Later when Windows 10´s first big update arrived people on Reddit also reported that some of their apps had been removed without further notice.

With those auto-removal of outdated/non-compatible apps Microsoft might want to avoid crashes and other problems that might be caused by such apps. 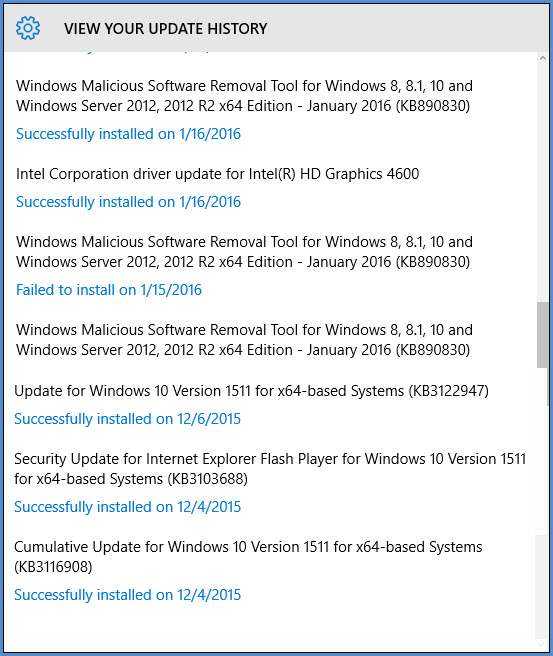 According to a poster on Microsoft´s Community boards, the February Windows 10 updates have not only removed Software from AMD, the tools Speccy and CCleaner from his PC, but also personal documents and picture files. He then just installed them again, which usually works just fine.

Microsoft just recently has published a warning page about “Windows Cleaner Programs” where the company confirms that such software might be removed automatically by Windows Defender, which is Windows 10´s integrated anti-malware solution.

If you are affected by a sudden removal of any apps, you might want to just install them again or roll-back to an earlier Windows 10 update within the 30 days period in which Microsoft keeps the files in the C:Windows.old folder.

SOURCE: Microsoft Community, How To Geek