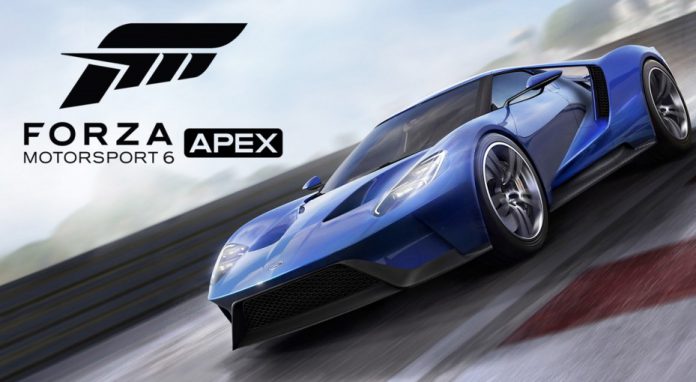 Redmond’s cross platform Xbox One aspirations just became serious with the announcement of first titles in the “Xbox as a service” idea.

Microsoft lost a lot of goodwill with the Xbox One at launch, marketing the console as an all-round entertainment unit alienated plenty of core gamers.

Since then the company has been on a charm offensive with some pretty solid moves that reposition Xbox as the gaming business it should be.

The latest plan is to make Microsoft’s gaming out put a truly universal experience by allowing Xbox Games to be played on Windows 10.

To get things underway, Redmond is making Forza Motorsport 6: Apex available to all Windows 10 users for free.

Forza Motorsport 6: Apex will land in the summer as a digital download from the Windows 10 store, and will be compatible with mouse and keyboard, game pads, and eventually steering wheels. The game is just the first of Microsoft’s core Xbox franchises that will also be coming to Windows 10, with other major Microsoft Studio titles launching in the summer.

Gears of War: Ultimate Edition has been launched on Windows 10 today, while Quantum Break; Killer Instinct: Season 3; Ori and the Blind Forest: Definitive Edition and Pit People will also be making their way to both Xbox One and Windows 10.

Phil Spencer, the Xbox division head, announced last week that the Xbox One was going to become a true gaming machine, delivering cross platform play to Windows 10 in the process. Via an app on the console, any Windows 10 PC will essentially be able to become an Xbox One console, in what Microsoft is calling “Xbox as a service”.

Gamers remain pretty skeptical because Microsoft really slipped with earlier visions for the Xbox One and allowed Sony’s PlayStation 4 to take a significant and probably uncatchable market lead. However, increasingly the company is looking to double down on gaming credentials, which means bringing more Xbox features to Windows and more PC features to the Xbox One.

Indeed, Microsoft CEO Satya Nadella recently described the Xbox One as “just another windows computer,” which hardly warmed the hearts of hardcore gamers. However, the cross platform integration is the key here, with gamers able to buy a title on Xbox One and get the same title for free on Windows 10 and vice versa.

Equally, this cross platform play means gamers can play and save on one platform and pick the game up on the other, without having to start again. With full Windows 10 also available on tablets and smartphones, it is future potential for the Xbox One to expand to mobile devices too.