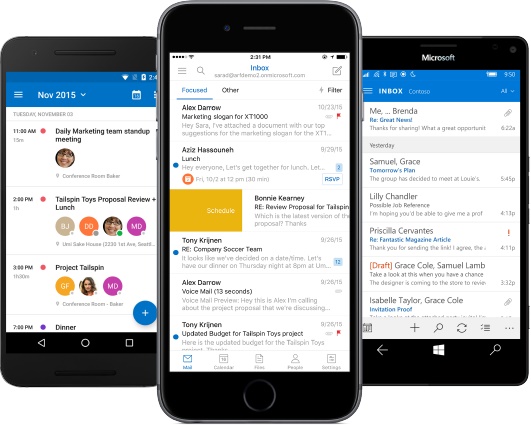 Dropbox has decided to shutter its Mailbox email service, but Microsoft says it is on hand with the ideal replacement for those suffering Mailbox withdrawals, Outlook.

It has been known since last December that Mailbox would be closing, with Dropbox announcing the mobile email application would not last much longer.

On February 26, the company lived up to that promised and shuttered the cult favorite mail manager, leaving fans of the service without a home.

Microsoft is stepping up with arms wide open, urging Mailbox users to join up with Outlook Mobile, even sweetening the deal by saying some much loved Mailbox features will be making their way to the Redmond email client.

On the surface it seems as though Microsoft is lowering itself and pandering to Mailbox users, but actually the company’s Outlook service is a substantial alternative to Dropbox’s now killed service.

Indeed, Outlook for Mobile is arguably the best email service you can get on a mobile device period, but in a blog post made on the 26th, Microsoft is saying it will add Mailbox like features to its app. Javier Soltero, writing for the blog, said that the company has already added a scheduling feature that will make Mailbox users feel at home.

Those new features for scheduling will be launched for the apps on the Google Play Store (Android) and App Store (iOS) next week, while Microsoft is planning more Mailbox-esque features for Outlook.

Since our mobile app launch in January of 2015, our goal has been to build the email and calendar app that would accomplish all of those things. Joining forces with our friends from Sunrise, we made Outlook a full featured app that puts your mobile email in focus, integrates with your calendar and makes attachments much easier to use on the go. Over 30 million people have chosen Outlook as their default email client on their iOS and Android devices.

Today, we want to invite former Mailbox users to give Outlook a try. Here’s why we’re sure you’ll love it.