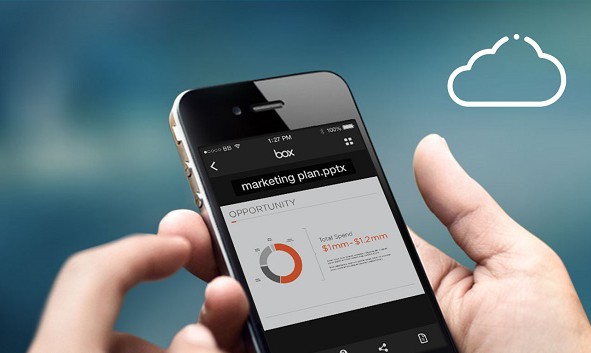 Microsoft’s latest Word and Excel update for iOS gets Box integration, while the mobile version of Excel for Apple’s platform also gets the same feature.

The upgrade is Redmond’s latest attempt to bolster Office Mobile and create more cloud collaborations, with Box integration adding a new cloud option to the iOS Word and Excel apps.

Box is a cloud service that is comparable to Microsoft’s own OneDrive, or other third party cloud storage options such as Google Drive and Dropbox.

The update is geared to those with Box accounts, enabling the easy storage of Word documents and Excel spreadsheets, while also affording access to Word comments in a Box account.

As well as Box integration, Microsoft has also made it possible to use Word to find the company’s other apps and services more easily.

Microsoft has been beefing up its cloud storage options for Office, introducing Dropbox integration during 2014, before launching the same feature for mobile devices in May last year. Box gives Word and Excel users on iOS yet another cloud option and you can pick up the pair of updates by heading to the App Store.

– Box works with Office: Your file storage options are growing! Now store and access your Office files on Box.

– Discover more Office apps: Word now makes it easy for you to discover and quickly install all the Office apps available for your iPhone and iPad.

Redmond has been busy with iOS updates over the last week, giving its Microsoft Translator app a feature that lets it automatically translate written word content.