Microsoft´s Bing team has announced CelebsLike.me as a fun feature that will be part of Bing’s Guide to the 2016 Academy Awards. The web-app uses the same face recognition technology than its predecessors How-Old.net and What-Dog.net.

CelebsLike.me compares any uploaded portrait photo to web photos of nominees for the 2016 Oscar Academy Awards.

The algorithms used will match photos based on facial structure like jawline, eye spacing and nose shape. Things such as hair length or color are not taken into account which can result in a mix of gender and races. 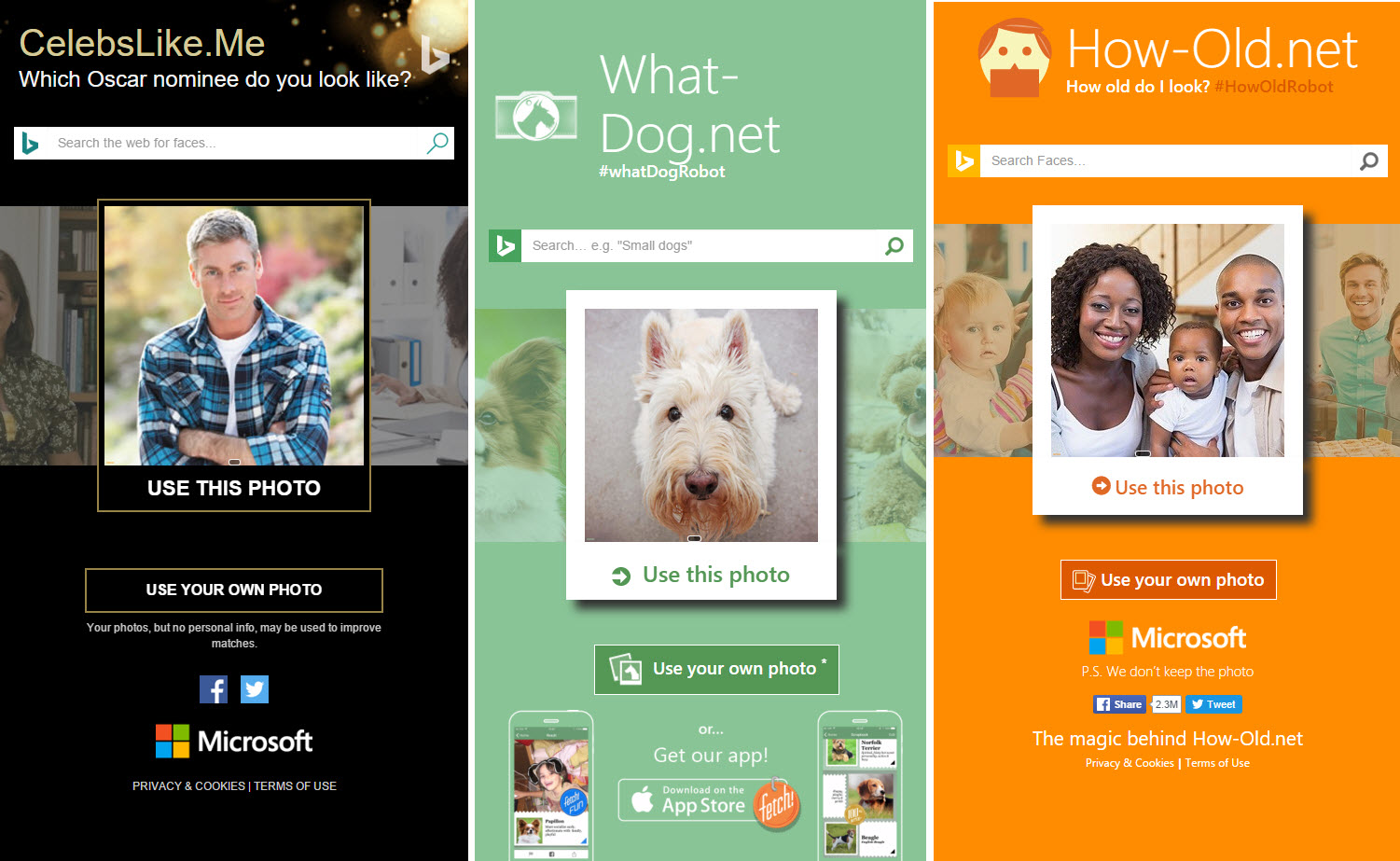 According to Microsoft “The Bing team built one of the largest vision-recognition engines in the world, leveraging face and vision APIs that are part of the perceptual intelligence capabilities of Cortana Analytics.”

“This recognition engine recognizes celebrity faces, like Tom Hanks and Keira Knightley, for example, in web images on a large scale with extremely high accuracy. The engine then links these entities to both the Bing Satori knowledge graph, where we have information about the entity, and Image Graph, where we have knowledge based on visual features and web presence of the image.

The engine, in communicating with Bing databases and using state of the art deep learning, functions as an end-to-end simulation of human behavior in understanding and learning. It continues to build and provide comprehensive knowledge on the appearance of a huge number of celebrity images, including those nominated for Oscars. Check out this paper to learn more about what it takes to recognize one million celebrities in the world.”

Microsoft is obviously proud to demonstrate its powerful recognition engine in different scenarios but might also use those fun apps to improve the technology further with the help of participating users. According to the company the technology is already “better than that of human beings in certain vision tasks, and is continuing to improve.”

As we reported last December, Microsoft is currently holding the crown when it comes to image recognition, even declassifying other highly innovative tech giants like Google and Intel who also do heavy research in that field.

Applying a method of “deep neural networks”, Microsoft was able to win the prestigious ImageNet’s competition in all three categories which requires tech systems to recognize 150,000 photographs collected from Flickr and other search engines and to categorize them into 1000 sections.