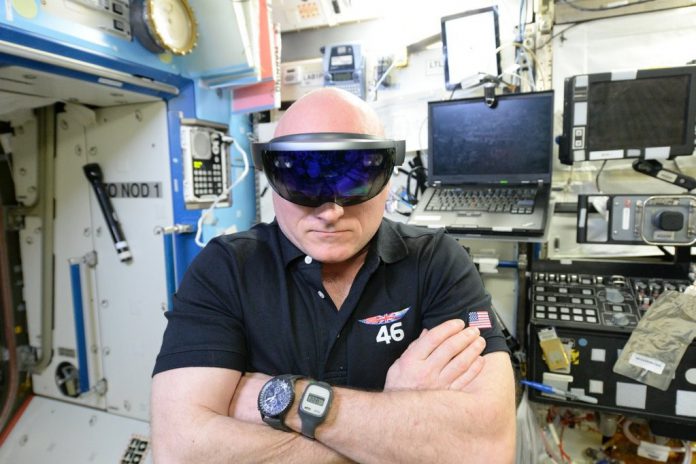 Microsoft has revealed in a blog post Saturday that astronauts onboard the International Space Station have started testing the Microsoft HoloLens as part of NASA’s Project Sidekick.

The tech giant has teamed up with NASA for the said project, wherein the company has offered up its HoloLens technology to help astronauts in space perform tasks seamlessly.

Two units of the Microsoft HoloLens have arrived at the International Space Station in December, which were sent along with other cargos from Earth.

NASA’s Sidekick Project is aimed to readily provide station crews the assistance they need while in outer space; which the agency hopes to accomplish through the help of Microsoft’s HoloLens.

According to Microsoft’s blog post, the HoloLens devices were programmed to provide assistance to NASA’s station crews in two different modes.

“The first is “Remote Expert Mode,” which uses Skype, to allow a ground operator to see what a crew member sees, provide real-time guidance, and draw annotations into the crew member’s environment to coach him or her through a task. Until now, crew members have relied on written and voice instructions when performing complex repair tasks or experiments.”

“The second mode is “Procedure Mode,” which augments standalone procedures with animated holographic illustrations displayed on top of the objects with which the crew is interacting. This capability could lessen the amount of training that future crews will require and could be an invaluable resource for missions deep into our solar system, where communication delays complicate difficult operations.”

Microsoft also revealed in the same blog post that astronaut Scott Kelly shared the first images of him wearing the HoloLens at the International Space Station on his official Twitter account on Saturday.

The HoloLens was first utilized by the station crews as part of their training at a NASA underwater facility.

The company has reported that the HoloLens is “mission operational” at the Jet Propulsion Laboratory of NASA, where Mars is being explored through the holograms of Mars Rover images.