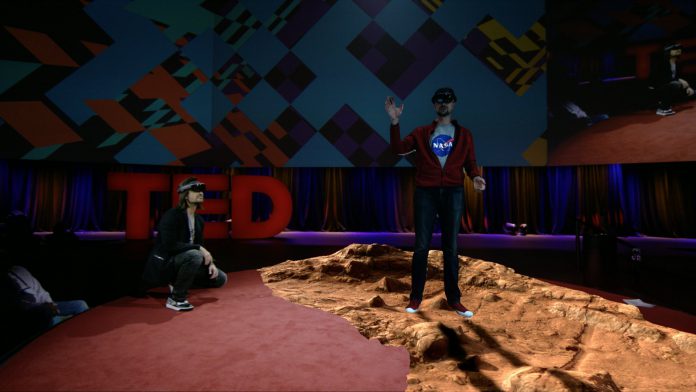 Alex Kipman delivered the most impressive demonstration of HoloLens yet, and also explained why there has been no consumer version of the device released.

The excellent Microsoft HoloLens augmented reality headset has won plenty of plaudits, but no release date confirmation has been offered.

HoloLens creator, Alex Kipman, was speaking at the TED conference in Vancouver when he said the device is actually consumer ready.

During the talk, Kipman also showcased the augmented and virtual reality immersion that HoloLens is capable of, arguably the most detailed demo of the tech yet.

Showing the capabilities of the augmented reality product, Kipman used HoloLens to turn the stage into a virtual reality environment. Rain could be seen landing on the floor, flowers could be seen blossoming, and those in attendance were even whisked on voyages to the Moon and Mars, highlighting some of the power of HoloLens.

In perhaps the most astounding display of the technology, Kipman engaged in a holographic chat with a NASA scientist who was positioned across the street wearing another HoloLens device. In the room the scientist could be projected, showing that augmented reality has the potential to change the way in which we communicate.

The hugely exciting display was tempered somewhat by the fact that no-one really knows when HoloLens will be launched. Kipman, who also created Microsoft’s Kinect motion tracker, said that the device is ready to go, but content needs to be beefed up.

“When I feel the world is ready, then we will allow normal people to buy it. It could be as soon as we say ‘yes,’ and it could be as long as a ‘very long time.’

“If a consumer bought it today, they would have 12 things to do with it, and they would say ‘Cool, I bought a $3,000 product that I can do 12 things with and now it is collecting dust.’”